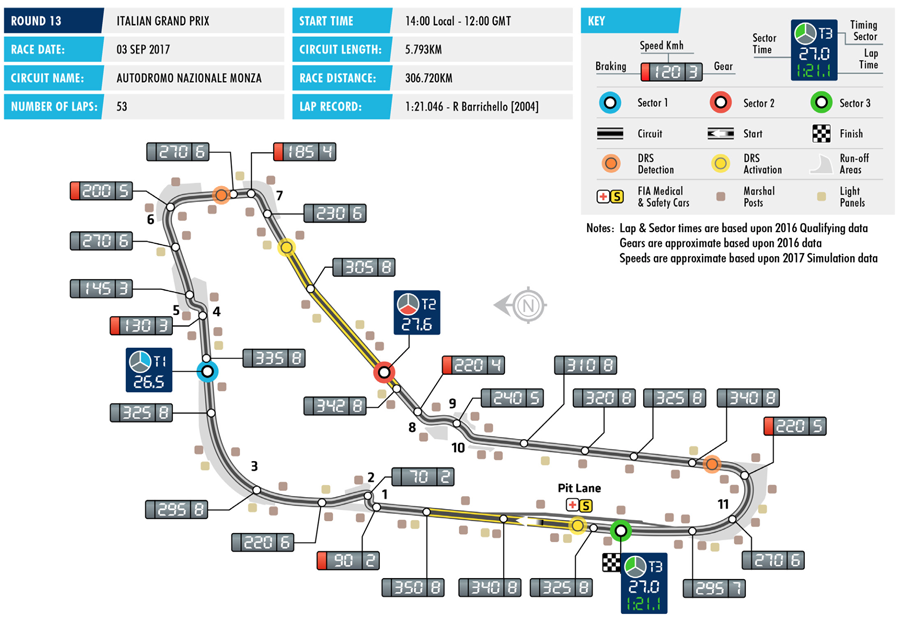 Pre race Interview is up. Thanks to Gunner to sponsor this race.

1. How was your race in Malaysia?
Boring! I wasn't able to make it!

2. We are going to Monza. How do you like this track?
Love Monza. Simple track that usually provides some good racing. We'll see how it is in the rain...

3. We are at the half of the season. What is your thought so far?
Its been good, but damn I am slow!

1. How was your race in Malaysia?

Pretty darn good! Exciting to get my first win. I thought I may have thrown it all away when I switched to dry tires apparently 6!!! laps too early, but many of us made the same mistake as the track dried up absurdly slow compared to other races. Got away with it in the end and kept it clean and consistent.

2. We are going to Monza. How do you like this track?

Love Monza. It may not be technical or even difficult to drive, but it has a certain charm to if for me. While the layout is simple, you still need a perfect line in areas to make up time. One has to live on the edge a bit here!

3. We are at the half of the season. What is your thought so far?

Seems to be going well. I am disappointed with my 2 DNF's in a row, but hopefully I can still claw back and have a respectable finish this year. The season is longer after all. Crazy weather curse we have! Every race starts under rain, it is bizarre. No idea what could cause it especially seeing as LAcadian recently did a full re-install of the game. Bad luck I guess! On the plus side it has improved my driving in the wet haha.
T

[font=Verdana, Helvetica, Arial, sans-serif]1. How was your race in Malaysia?[/font]
Rough, 5 second stop/go for the second to last corner X2 which is ridiculous....If it's really an off then give a penalty, I don't agree with it, thought it meant I had to pit within 3 laps the first time s I had an extra pit stop, drs broke for the second race in a row, hard tires took a really long time to warm up, difficult overall

[font=Verdana, Helvetica, Arial, sans-serif]2. We are going to Monza. How do you like this track?[/font]
It's probably my least favorite tied with a few others, look for my car in the wall at parabolica.

[font=Verdana, Helvetica, Arial, sans-serif]3. We are at the half of the season. What is your thought so far?[/font]
[font=Verdana, Helvetica, Arial, sans-serif]Really dissapointed with all the rain, I don't find it fun to drive on a wet track, I think we have hit the jackpot too many times for it to be conincidence, at this point it's really a pattern, there has to be some variable that we haven't thought of, wonder what would happen if someone else hosted.  I'm trying my best, have made too many mistakes and penalties, I need to concentrate more on braking because I know I am losing a lot of time there so...I'll just keep on with the program, and try a few new things.[/font]
M

Wow, rain in every races.. really glad I didn't have time this season to race full time. I would have been very disappointed since now we have merged both assist and no assist together... I also hate rain and i am not good in wet conditions.. see you maybe in Abu Dhabi... no rain there..

I did some test offline and online and it's always the same situation, only 2 times on 5 i had clear weather and it was offline. Maybe a bug in the game i dunno, but anyway, after seeing alot of racers feeling blues about weather we had since the beginning of the season, we have decided to set the weather to clear for the rest of the season.
T

I would never complain about keeping it dry because I really dislike the rain, but maybe we hear the other side? Should there be a vote maybe?  Personally I think it's a good idea to go dry because I myself prefer it, but I know some of the people here really enjoy the rain, is there anyone who would rather keep it on random?  I also think it could be a contributing factor in the average of one diver dropping out per race, we are down t oroughly half, but...I don't know, what say you wet fans?

Well going for dry for the 2nd half would balance the season  ; )

Exactly, it will be a good balance

My view of the incident before turn 1. I would say this was due to a lag issue as you see the Renault lurch forward impossibly fast causing the crash.

I love this game!!

Sorry about the outburst I just couldn't understand How it happened in straight line 100m from the braking pint ....
B

After getting tired of work, I took a nap and missed the race. I apologize to the pilots

From my view, check my left mirror..
http://youtu.be/NRUcJ71t2sc
M

Maybe a speed test from plasmarider could help understand...

http://beta.speedtest.net/result/6120106024.png Thats my speed test results, i took it while downloading an update as well, my internet can be spotty at times randomly, which is a known issue with my provider, and they have a monopoly here so i have no other option. If it persists ill consider moving down to reserve or pulling out

Plasmaraider said:
http://beta.speedtest.net/result/6120106024.png Thats my speed test results, i took it while downloading an update as well, my internet can be spotty at times randomly, which is a known issue with my provider, and they have a monopoly here so i have no other option. If it persists ill consider moving down to reserve or pulling out
Click to expand...