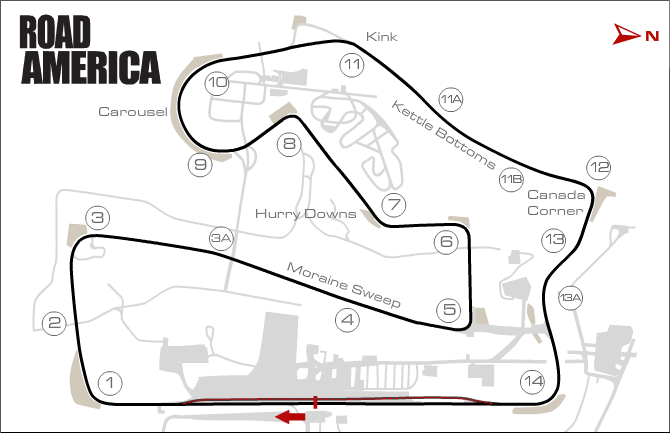 FYI - If I blink out of existence tonight it's more than likely because the Tropical Storm took out my internet, power, or both.

EDIT: Power and internet are both flaky. Guide wire for the power line into the house got ripped out. Still have both, but I may not be able to race tonight depending on what happens with all the trees down. Please use this as notice if I indeed cannot make it tonight. I'm typing this off my phone.
J

Hello everyone, unfortunately I will not be able to participate in what is left of the league ... I hope to be able to return at some point if the schedules allow it. They have a great league !!
W

I'm just glad I got to race. Lights in the house were flickering the whole race. Whew.

Broadcast had it right. I didn't think I had the pace to get in front of and pull away from Abner so I decided to hold station and hope he would pull us away from P6, 7, 8, etc. I kept seeing the gap grow 0.1-.03 a lap and I thought, "Well, If we start battling they're going to close up and then it's a crapshoot. I think I'll take 5th for now and see what happens."

Once we broke the draft of the guys behind us is was pretty much full fuel save. I wasn't sure how many laps we'd get and since I don't run crewchief or any of that I was trying to do the math in my head on laptime/race laps/fuel. I knew we'd go 29 but thought we might go 30 and I had to cover that, but I still rolled the dice and took less fuel at the stop. I passed Abner on the lap I wanted to pit so I had a clean shot up the pit lane.

Strategy worked well, except for one small mistake that allowed Abner back into my draft. My tires had gone away so I knew if he got a run and took it I wouldn't make life too hard for him. He got me back into T5 with 3 to go. He made a mistake on the last lap and I had a shot at him up the inside into T6 but that has NEVER worked for me before and I didn't want to risk wrecking a championship contending driver so I backed out of it. Didn't have a good chance at it anyway.

One more lap and I think I could've got him back but it looked like we put on a pretty good show for the broadcast and I'll take my 5th straight top 5. Great race for me. It was nice to battle with someone who has consistently beaten me in official races by miles. To be on the pace and race clean was a win for me. We could race so close together because I knew Abner wasn't going to do anything stupid and throw it down the inside from 0.6 back. I hope he knows that I won't do it either.

I can't believe that little netcode gave me 4x and moved my car a lot more than it looks in the replay. Nothing wrong on Brunos end tho, he gave sufficient room there. Last 3 rounds are gonna be awesome, none of the top 4 can make any mistake since we've all DNF one round. Michael has a good shot at it too if he gets a win in one of the next races.
W

Well it ain't going to be Sebring. I have no pace at all there. Just wrecked out in probably the only chance I'll get to run this week. I care too much about iR I think. I just touched 5000 earlier this season and now after two horrendous mistakes and one iRacing flake out, I've lost 329 off the high water mark.

Doesn't do much for the confidence. Then rolling into Sebring, just don't have the feel for it. Abner, Rodrigo and Javi are near the top of the board in the Ford. I know you (Paulo) were real quick in the practice session I saw you in. This round is all damage control.
You must log in or register to reply here.
Share:
Facebook Twitter Reddit Pinterest Tumblr WhatsApp Email Share Link
Menu
Log in
Register
Install the app
Top