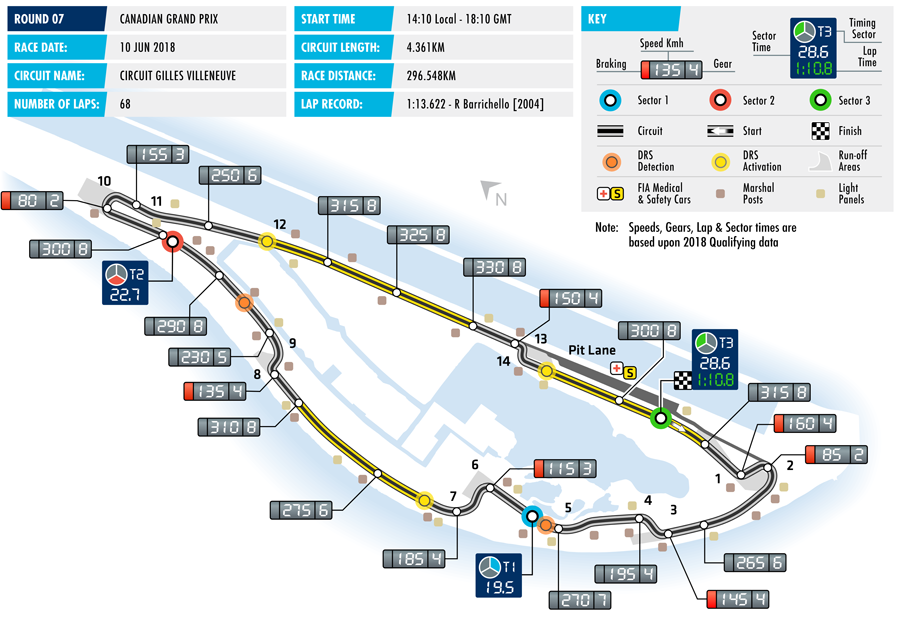 Pre-Race Interview
1. Traveling up to Canada this week. How much do you enjoy the Circuit Gilles Villeneuve?

2. Last season Forza and Nick were banging wheels for the win in the last turn coming to the checkered flag. Will we see a crazy close finish for the first time this season?

3. Will Kimi ever look happy on the podium?

1. Traveling up to Canada this week. How much do you enjoy the Circuit Gilles Villeneuve?
I enjoy this circuit a lot. It is a challenging one for sure, as the walls are never far away to greet you if you make a mistake.

2. Last season Forza and Nick were banging wheels for the win in the last turn coming to the checkered flag. Will we see a crazy close finish for the first time this season?
I think the lack of SC and everyone being on the same pit strategy is the main reason we haven't seen many close finishes. I hope this one is close, but I think we may see more of the same.

3. Will Kimi ever look happy on the podium?
No

1. Traveling up to Canada this week. How much do you enjoy the Circuit Gilles Villeneuve?


It's a great track. Lots of places for overtakes, and not a lot of room for error. Sector 1 is a blast in these cars.


2. Last season Forza and Nick were banging wheels for the win in the last turn coming to the checkered flag. Will we see a crazy close finish for the first time this season?


It's possible. Once the safety car gets fixed we'll see a lot closer racing.


3. Will Kimi ever look happy on the podium?


He will when he wins
D

1. Traveling up to Canada this week. How much do you enjoy the Circuit Gilles Villeneuve?

Circuit Gilles Villeneuve sponsored by destroyalkaline. Has a nice ring to it, doesn't. I obviously like this track. It's one of my favorites.

2. Last season Forza and Nick were banging wheels for the win in the last turn coming to the checkered flag. Will we see a crazy close finish for the first time this season?

It would be nice to see. I agree, I think we're missing a certain element by not having the safety cars to tighten the groups back up every once in a while.

3. Will Kimi ever look happy on the podium?

This week was all about speed as the F1 crew headed to Canada to tackle the very fast Circuit Gilles Villeneuve. Edwin Garcia (ForzaAlonso14) is looking to defend his Canadian title after winning one of the closest finishes the League has ever seen last season, as he and Nicholas Delp (NicktheQuick) banged wheels coming off of the final turn to the checkered.

Qualifying pushed our drivers to the limits as we started off with a light ran, and then the track started drying off with 4 minutes left. That left the field with 2 shots at best for a fast lap, on a slick course. At the final buzzer, Melvin Guererro (Melg222) snagged his first podium of the season, beating out Points Leader Conner Stanek (McSendit) by .347 seconds. Mitchell Riggs (MitchMan009), Edwin and Kelly Hansen (SweetTooth182) rounded out the Top 5.

By far, this was the most action-packed race this Season, all throughout the field. The big story came from up front. Conner got a great jump off of the light and took the lead from Melvin in Turn 1. Edwin was at the tail end of that trio, as they slowly started breaking away after a couple laps. Coming off of the final turn of Lap 3, Conner made a rare mistake and lost traction clipping the curbing and turned into the wall, in which Melvin ran into the back of him also receiving damage. Edwin miraculously got on the brakes just hard enough to avoid any damage to his wing. Both Conner and Melvin would have to pit the next lap, and then frantically race their was back up through the field using a 2-stop strategy. Edwin took advantage of his competitor's misfortunes and secured the early lead and work a 1-stop strategy that would pay off, securing his 3rd win of the Season. Conner and Melvin would both successfully, albeit with some insanely close racing with many fellow competitors, use their raw speed to work their was back up into podium positions late in the race. As Conner would trim down Edwin's lead near the end by setting the Fastest Lap of the Race in route to a runner-up position, Melvin would find the wall twice, ruining his front wing and causing a DNF with just 2 laps to go. This would work out great for Kelly, who was pressuring Melvin in the final few laps, as he earned his first Career PRL Podium finish. Due to all of the frantic action throughout the field (and due to 5 drivers not finishing the race), this meant the Hard Charger Award would be heavily contested. In the end, Jon Pfeiffer (AerosStrike) would bounce back greatly from his wreck in qualifying, having to start in the back of the field and go +9 in route to his 5th Place finish.

After 7 rounds for the Driver's Championship, the 2-man championship battle would continue. Conner Stanek (McSendit) and Edwin Garcia (ForzaAlonso14) continue their streak of both drivers finishing on the Podium ever race this season. Edwin's win would trim down Conner's lead to 13 points.. Jon Pfeiffer (AerosStrike) sits 3rd place in the points, 85 back of Conner.

For our Team championship, the Ferraris (Edwin and Aaron Webb) cut a little bit into Mercedes' (Conner and Cameron) lead, as the gap fell to 57 points after Canada.

We will have an off week due to the Thanksgiving Holiday, and will return on November 30th. That night, we will hit the streets of Baku for the always entertaining Azerbaijan Grand Prix. Each Thursday at 9PM EST, you can catch the live race commentary broadcast from Charles Sumner (Hooitus) @ www.twitch.tv/oldmanhoot. Follow the link below to catch all of the crazy Monaco action: