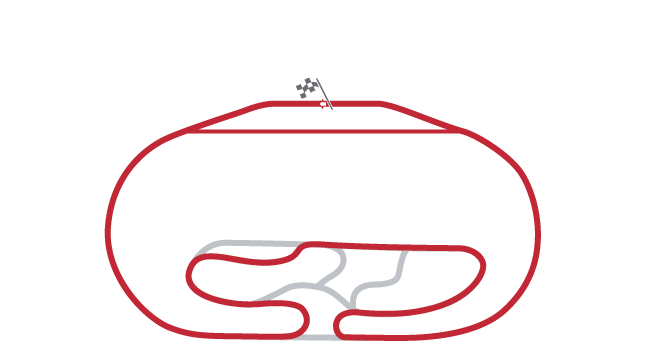 ***Pre-Race Interview***
1. Have you ran this layout at all? How do you enjoy the Texas Road Course?

3. You only get to pick 1. What track would get you most excited for in an Indy Car DLC?

1. Have you ran this layout at all? How do you enjoy the Texas Road Course?
I did a bit when the game came out and I had a lot of trouble with the entrance into the infield section. I like the combo road and oval though!

3. You only get to pick 1. What track would get you most excited for in an Indy Car DLC?
Phoenix Raceway! I am very biased . Really any of the ovals they run at, Pocono, Iowa, Gateway. We have a ton of awesome road courses to choose from, so more oval selection would be great.

1. Have you ran this layout at all? How do you enjoy the Texas Road Course?
[ul]
[li]I quite like the Texas road course. Its extremely fast, and has a very tight, technical infield. I think it will make for fantastic racing. [/li]
[/ul]
2. 4 races, 4 winners this season! Who do you think can make it 5 for 5?
[ul]
[li]I hope to come off Laguna and make it 2 in a row. I feel very confident here but am concerned with the exit of turn 1 into the infield and the final turn onto the oval. Both are extremely slick and I can see there being several issues.[/li]
[/ul]
3. You only get to pick 1. What track would get you most excited for in an Indy Car DLC?
[ul]
[li]Barber Motorsports Park. [/li]
[/ul]

1. Have you ran this layout at all? How do you enjoy the Texas Road Course?
I was not a fan of it after our Day 1 shenanigans, but I really enjoy it now. Just gotta get that S2 timing down and hopefully I can rebound for that poor finish last week.

2. 4 races, 4 winners this season! Who do you think can make it 5 for 5?
With the pace they have shown so far, I think it'll come down to Aaron or Kyle as the next first time winner.

3. You only get to pick 1. What track would get you most excited for in an Indy Car DLC?
Phoenix for sure. There are several different types of cars I want to throw at that track lol

The 5th race of our Inaugural Indy Car League takes us to Texas Motor Speedway for the first of back to back visits to Ft. Worth Texas. This week the crew tackles the Road Course layout of the facility. Before we start the recap, we are getting to the time of year where the snow and weather can start to wreak havoc on certain parts of North America. Our own Tyler McIntosh (MacAttack0922) was not able to compete and defend his win last week as snow knocked out power in parts of Georgia right before the race. The PRL as a whole wishes everyone safe tidings in the Winter months and that Winter storms, like the one passing through Eastern Canada and United States currently, are few and far in between.

The Qualifying streak came to an end this week as we finally had our first multi-time Pole Sitter. Aaron Webb (AaronWebb85) took the top spot as the only driver to dip into the 01:06 time mark, besting Kyle Spencer (KDawgHonda777) by 0.320 seconds. Daniel Lozano (Gordow3497), Charles Sumner (Hootius), and Daniel Cervantes (Danny102897) would round out the Top 5 in qualifying.

The start of the race was clean as only one car would suffer any type of damage. Lap 2 would not be as kind to the field. There was a sync issue between Danny L. and Charles. Danny L.'s screen showed contact between the 2 and suspension damage for himself, as Charles did not have any contact on his screen nor any damage. This unfortunately lead to Danny L.'s car mishandling in the quad oval section, clipping grass and spinning up into the track in front of the field. This lead to huge damage to a handful of cars. After pits and repairs, the rest of the race would play out to a war of consistency and tire management. Kyle Ely (Rocksson2Kyle) would be the winner of that war, as he would drive through the big wreck unharmed, have the fewest mistakes and was able to take his first set of tires longer than anyone else. The youngest driver in the league showed great pose as he captured his first PRL Project Cars win, to go with he 2 other career wins he collected in the Nascar Heat League. Kyle E.'s win keeps the League streak alive as we have had a new winner each week so far to start the Season off. Rob Besaw (Xsyse) would also driving a stellar race, claiming the Hard Charger Award for the race as he went +7 on his way to a Career PRL Project Cars best 2nd place finish. Charles would overcome issues with his first set of tires and rebound with the harder compound as his 2nd set, to finish off the Podium. Aaron and Kyle S. would round out the Top 5. To go along with his Pole, Aaron also set the Fastest Lap of the race, becoming the only repeat winner of those 2 feats so far this Season.

In the Driver's Championship battle, Charles Sumner (Hootius) gained a few points on AaronWebb (AaronWebb85), and improve his points lead up to 16 points. Rob Besaw (Xsyse)  jumped to 3rd place after his Podium finish, 21 back of Charles. Daniel Cervantes' (Danny102897) would stay in 4th, but fall back to 30 points from the lead. Kyle Ely (Rocksson2Kyle) jumped up to 5th in Points after his win, 35 points back of Charles.

The Team Championship leadersCar Ramrod (Charles and Kyle E.) widen their gap significantly after the double Podium finish at Texas Road, now 32 points ahead of Gor-X Racing (Rob and Daniel L.). AZ Racing (Aaron and Edwin) lost ground with only 1 driver in attendance at Texas and is now 49 points back of Car Ramrod.

The Indy crew will camp out in Ft. Worth for a week and return to Texas Motor Speedway for a highly anticipated race on the Oval. Each week, you can join one of several of our driver's who stream from their POVs live, every Friday night at 9:00 PM EST.