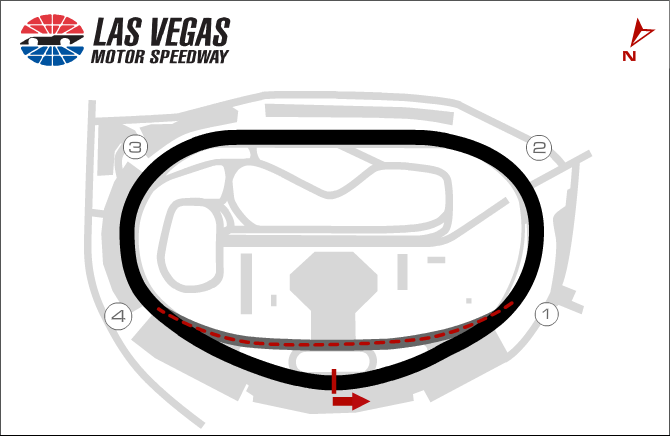 Michigan proved to be the worthy adversary for every driver, as the track reached a scorching 114 degrees :shock:!

Saving tires, and taking home the win was Ken Caruthers after starting on the outside pole, John LaBaff 2nd (what a nice guy huh, don't ya'll think?), and Dustin Hall 3rd.
With Caruthers win he becomes 3rd different driver to win a race in this series, and if this trend continues, we could have a real fight our hands ladies and gentleman

The talk was of Eric Roberts and, his attempt to take on the field with only right side tires :shock: :lol: one hand tied behind his back you might say. He was not fined nor points were deducted, though Roberts was called to the big red trailer after the race, and I was able to catch him exiting Roberts had this to say "wasn't so bad I finished 7th".

Driver Chris Perez comes in a respectable 4th after starting 22nd and is awarded the hard charger award which means nothing, and comes with no prizes, cash, or extra points. Perez had this to say after receiving the award " what no cash, ....this sucks!"

Top 5 points driver Jerome Berthiaume missed out on a top 10 finish, and that will surely have him looking over shoulder at the competition.
The series rolls into Las Vegas this week, and if last race was any indication of what might happen then fans hold onto your hats this is gonna be a great ride!
E

1. What is your favorite winter Olympic event?
2. What do you think IRacing should implement next?
3. What show/s turns you into a binge watching, sweat pant wearing, junk food eating couch potato?

1. Snowcross is awesome!! Love to watch it! Love to watch hockey and curling as well!
2. More tire compound for road!! Would be awesome from a strategy perspective. Rain would be nice as well!
3. Netflix series that I can't stop to watch!!
E

1. Snowcross is awesome!! Love to watch it! Love to watch hockey and curling as well!
2. More tire compound for road!! Would be awesome from a strategy perspective. Rain would be nice as well!
3. Netflix series that I can't stop to watch!!
Click to expand...

First off gotta say love the write up on the last race eric good job man.
1. What is your favorite winter Olympic event?

2. What do you think IRacing should implement next?

1. Snowcross is awesome!! Love to watch it! Love to watch hockey and curling as well!
2. More tire compound for road!! Would be awesome from a strategy perspective. Rain would be nice as well!
3. Netflix series that I can't stop to watch!!
Click to expand...

Reminder that we will run our final race before the holiday break tonight. Hope to see you all there!
W

I am unfortunately gonna have to miss this race, just got called into work. Should be good for the next one, and just wanna shout out how great it's been running with you guys!

Twas the night of the last race... that will start off our break....
The Eronic truck series rolled into Vegas... with bragging rights at stake.
The radio was silent... when the green flag flew... as we all prepared turn left...just for a few.

As Jerome took the pole..with a smooth a gracious flow...and the rest of field... he had them in tow.
The caution flew quick...just as our whips started to run...Someone in the back was not having fun.
Sergio, Trevor, Dustin..they all led laps.....but it was the #17 that was breaking our backs..he racked up 60 laps!

With Jerome so fast.....he's got this in the bag...but then there still is...... 1 pit stop to be had.
Sergio went to the lead... with Jerome and Dany...making up your top 3....The victory donuts danced in his head...4 more corners that's what he said
in that final lap there he would see....The # 78 spining in front of the thee...he did all that he could
but with no success..they collided and that left....Jerome left to pick up the mess... He crossed the line and with a big smile
Canadian eh ...this race is mine!

Well folks there it all is....a great bunch of dudes....enjoy your Christmas break and all the great food.
As I shut this this down ...I say to you now...hit your braking points all .... don't be like that guy Paul.
S