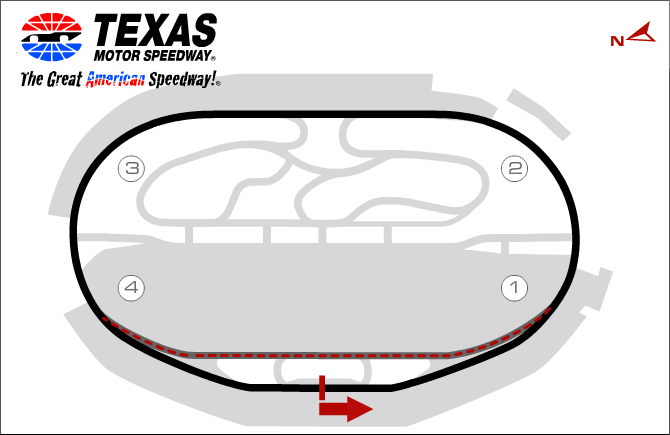 Pre-Race Interview
1. Our first ever oval race. How do you feel about the change of style?

2. Pit stops are back!! Are you excited that tire/fuel strategy is coming back into play in the league?

3. Favorite Band of all time?
A

1. Well I couldn’t make it to the first 2 rounds, so it’s not a big change for me, but I can say that I was confused when I saw an oval on the schedule. However, after doing some practice, this seems like this can be a very interesting event.

2. I’m very happy to see the strategy game coming into play. Just have to make sure to not get disqualified and to stop in the right pit box.

1. Our first ever oval race. How do you feel about the change of style?
I think whoever did this should be fired, but I’m always up for new challenges. The NASCAR folks will have a clear advantage over the people used of circuit racing though.
2. Pit stops are back!! Are you excited that tire/fuel strategy is coming back into play in the league?
Absolutely! It tosses up the field and makes things interesting.
3. Favorite Band of all time?
It’s hard to chose, but I’d have to say Metallica.
P

1. Since I have no oval experience at all, I feel like I'm at a disadvantage and I am not a fan of this but I'm always down to try something new so this should be exciting. Expecting a lot of bumper to bumper action.

2. Somewhat... as a racer who is so used to just putting down hot laps, this will be very interesting. I'm sure many will be taking a more strategic approach than the first two races.

3. I'm more of a house/techno guy but I guess I would have to say Rise Against.
R

Will be there
M

1. Our first ever oval race. How do you feel about the change of style?

This is gonna be fun. XD

2. Pit stops are back!! Are you excited that tire/fuel strategy is coming back into play in the league?

Interesting. Will be keeping an eye on those fuel/tires

3. Favorite Band of all time?

Season 9 of our famed Tuesday night PS4 GT3 league was back in action Tuesday night for the another first ever for the league. Not only was the crew at Texas Motor Speedway for the first time, but this was the first ever Oval race for our road course crew. The majority of the driver have never officially competed before on an Oval, so this would be eye opener for most of the field on how draining an Oval race can be.

Not a huge shocker in Qualifying, as Tyler McIntosh (MacAttack0922) captured his 13th career Pole and is now 3/3 on the Season. Joining Tyler in Row 1 was his teammate Kyle Spencer (KDawgHonda777) to complete the BMW front row sweep. Mark McCormak (RPG), Mathieu Blais (Mats35R), and Mark Kaelin (Bubba18) rounded out the Top 5.

The race started off very clean for the whole field as everyone was cautious off of the start to not get into early trouble. Unlike most Oval races, our GT3 race would not throw out any cautions and it was a straight 85 laps from green to checkered. This meant trouble for one driver, could easily turn into trouble for multiple drivers. As the laps ticked off, tires started getting slicker and grip started fading away. This is when the crew got a real taste of the challenge of ovals and we started seeing the mistakes. There was no real big wreck, but the majority of the field did make contact with the wall or another vehicle at one point which extended out pit stops and gave away track position. I said majority of the field because we did have 1 driver run a flawless race with no issues, and that would be Tyler. Tyler never relinquished the lead in the race and used a late pit stop to make it so he lead wire to wire, with not as much as a scratch on his BMW. Kyle spun and make contact with the wall on Lap 13, and had to pit super early into the race. From there, Kyle was able to steer clear of any trouble and by far get the most out of one set of tires that we saw all race. Kyle went from being 3 laps down early to finishing on the lead lap in 2nd place. Kyle also snagged the fastest lap of the race with a strong draft with 3 laps to go, denying Tyler the Hat Trick on the evening. Mathieu would top of the podium in his first career oval race with Mark K., also recovering from an early incident like Kyle, had a strong comeback and finished 5th. Vince Nadal (TSpottr723) crossed the line in 4th place, and was also our Hard Charger award winner, going a season high +6 from his qualifying effort. Vince's teammate Mark Miller (Mark_LD) also went +5 on the evening, as the two Ferrari's would stay nose to tail and tandem draft for the majority of the race to move their way up through the field. Congratulations to them both on a strong performance.

In the Driver's Championship battle, Tyler McIntosh (MacAttack0922) extended his lead with the Texas win to 14 points over Mathieu Blais (Mats35R) who jumped up to 2nd place in the points this week. Kyle Spencer (KDawgHonda777) stayed in 3rd place, just 1 point behind Mathieu currently.

The Team Championship standings now has Apex Motorsports (Tyler and Kyle) had their 2nd 1/2 finish on the season and has taken a sizable 25 point lead Pony Up Racing (Mark Mc. and Mark K.).

Next week will be our first break of the Season as we let our American driver get full on turkey and stuffing. On Nov. 28th, the crew will travel to Indiana to the famed Indianapolis Motor Speedway to tackle the very fun road course layout. Each week, please join our League's Broadcaster Charles Sumner (Hootius; www.twitch.tv/oldmanhoot ) as he breaks down all of the action that happens each Tuesday night @ 9PM EST.