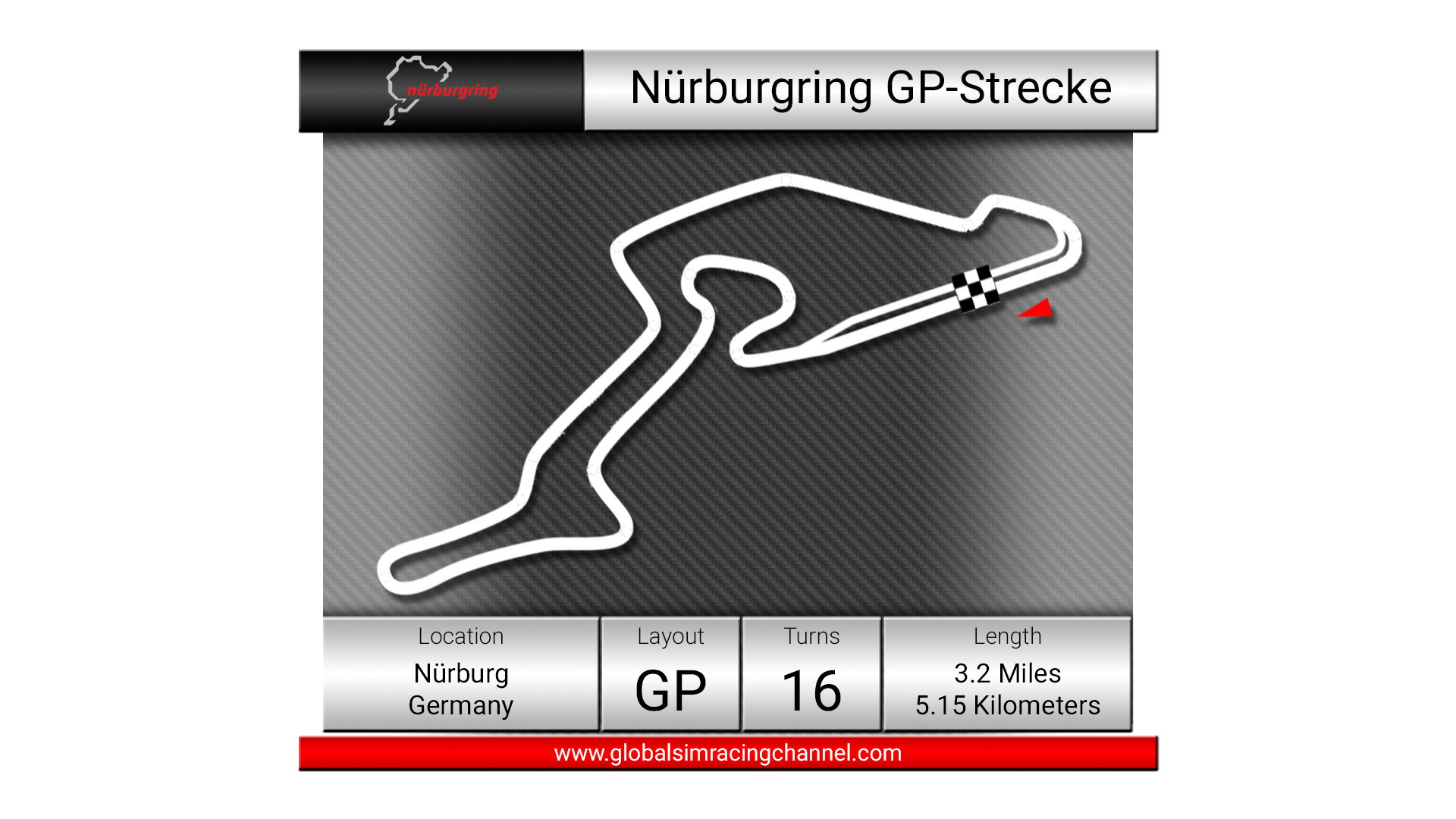 Are we running the GP circuit instead of the Nordschleife? Maybe I missed this post elsewhere?

Yeah we are only running the GP circuit, not the Nords.
M

Why not the nords like the official? This defeats the purpose of following the official schedule because now we have to create separate setups and practice for the league... Anyone have a good reason not to run the full track?

Mark_MacDonald said:
Why not the nords like the official? This defeats the purpose of following the official schedule because now we have to create separate setups and practice for the league... Anyone have a good reason not to run the full track?
Click to expand...

PRL has a long history with the nordschleife. Attendance historically always dips quite low with the full track, as many have not learned it. User feedback was that the GP circuit was preferred. It has long since just been a standard that we swap the GP circuit in place of the full to keep attendance high.

I suppose if enough people are feeling off put by it, in future seasons we could consider polling for which layout to run. Too late however for this season, as I am sure many have devoted time to the GP circuit.
M

Oh, I’m not aware of this long history where participation dips. Can you provide that history for this open wheeled series please? On the main service participation always rises when the ring comes around.

I’m also keen to learn about all these teams preparing for the next race so far in advance. Last season’s championship winning team prepares on Tuesdays, so it seems there still seems to be time to switch to the officially schedule track.

Ok. No, I don't have the data, and I'm not going to scour the archives for it if I'm honest. It's a decision that was normal for long before I became part of the organization side of it, and that was the reason I was given. I felt no need to question it.

I don't know who prepares for the races and when. But I am sure we would ruffle more feathers than yours if we up and changed the track less than a week in advance.

The schedule was made public before the season started, so everyone could have seen what track layout we would be on. I don't see the giant issue. Yes there won't be a community setup or practice sessions, but a lot of guys tweak their own sets anyways. And if you don't like the GP circuit, no one is forcing you to race.

The schedule has been set. Changing it days before the race is not an option. Our broadcasters prepare for the schedule we give them. We follow official where it makes sense to do so, but are not obliged to follow it to the letter. Frankly, none of us really care what the championship winning team did, I'm not sure why you would think that would matter one bit.

End of story. Gunner don't waste your time debating this, it's not open for debate.
P

Why do you think the broadcasters can’t adjust with 4 days to prepare exactly?

I suppose gunner may be right, we should definitely take a vote to see if more feathers than mine would be ruffled.
C

I prefer the GP. I don't have the time to practice the full course, this would be a drop week for me if we ran the full course. I agree, the schedule is set before the season starts. Can't just up and change it, especially days before the race.

TRG said:
It's not open for debate.
Click to expand...

Why do you think the broadcasters can’t adjust with 4 days to prepare exactly?
Click to expand...

Does anyone have a setup that they can share?
F

I don't know what a benchmark time in this car would be, but the iRacing med downforce setup feels nice here.
M

Isn’t there a community set up available?

I'll have a setup shared tn, I'm thinking of taking the iracing Hockenhiemring set and starting from there, the tracks are pretty similar
M

I will try to get home in time but there is a possibility I miss this race due to an appointment just before. So just giving a heads up.
S

I just launched a practice session. No PW needed. It will run until 11:30 EST

Here's what I got so far guys. I took my Monza set and added more wing and made a couple of other changes. Turn 6 (Michael-Schumacher-S) can get a littler hairy, especially if the track heats up. I was debating making the set more comfortable for it but I had to sacrifice too much in the other corners so I'll just go with what I got for now. You can raise the front 1 tick if it's a little too slippery, and if the track really heats up we might need to add some wing.

I was able to get low 54s consistently with race fuel (85tt), probably can get in mid to high 53s in qualifying assuming the track doesn't get too hot. I only have about 45 min of practice so far so there is definitely more speed to be found.


See you guys on Thursday!

I just put a hosted session up for practice...it will last for 3 hours.