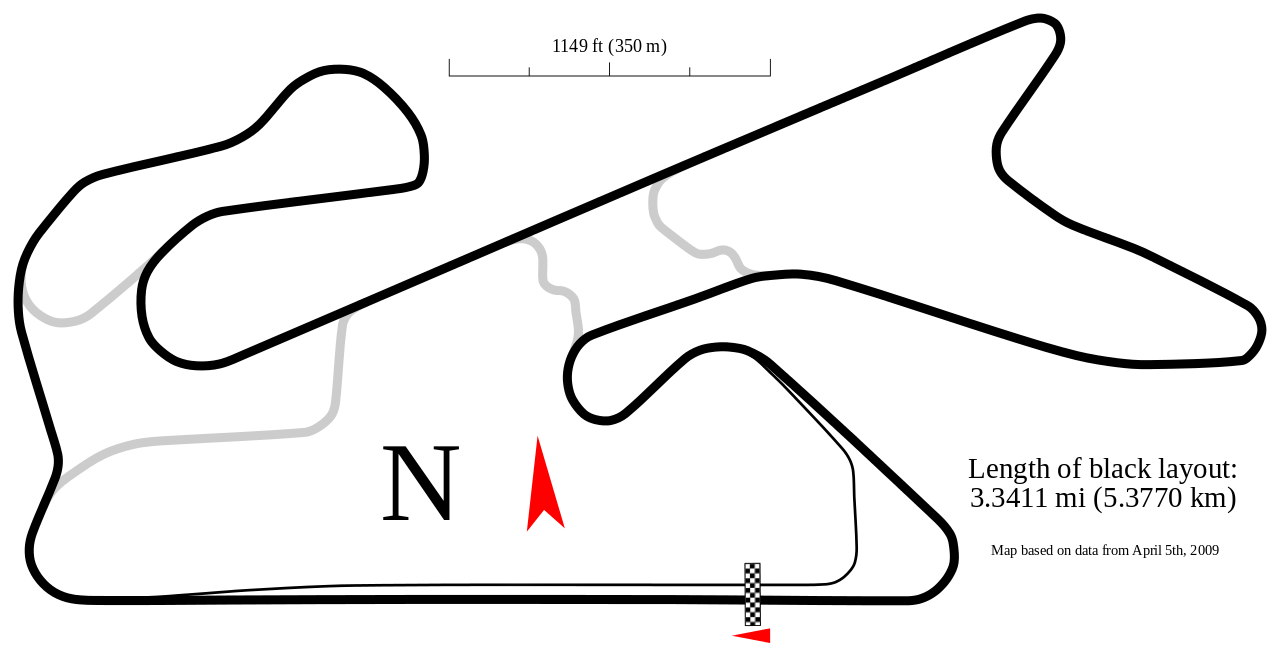 Pre-Race Interview
1. First night race of the season. What are your thoughts are running at night?
2. Do you have Assetto Corsa? Have you tried their last update with online lobby?
3. How much realism is important for you on a racing game?

Pre-Race Interview is up!

Hey, I don't know what happened, but the game kicked me to the lobby when I finished the race... I couldn't saved the replay... I finished 4th place...

I'm a little bit disappointed... p4 is not what I was looking for. I was all the race in 3rd position, but in the second stint the tires worn out and it felt like I was like driving on ice. I lost huge time from the leaders and in the last two laps I had zero grip, I couldn't take anymore and I had to give away the 3rd place to Probben. The car goes fast, but the tires worn out fast too... I got some homework if I want to challenge Mac and Mat in the next races to come.

The good thing is that I had a lot of fun in the first stint. I gave my 100% to keep up the pace. Congratulations​ Mac and Mat, and everyone who finished the race.

Q: 9th
Very happy with that quali spot considering I really didn't have any practice at all leading up to the race, and caught only 30 mins of official pre-race practice. Only experience I even had on this track was with SuperKarts lol

R: 6th
Game plan was to take it nice and steady and conserve some tire. Took really easy in S1 of L1, and ended up 8th going into the hairpin straight. Was up to 7th on L3, but caught some curb on the left after the hairpin and did a quick spin, thankfully no damage or tire wear and only lost 1 spot. From there, it was a really smooth rest of the race. No spins or time penalties up until the last lap. I was in 6th and having a fun battle with Barne for 5th. He went wide in the lefty at the end of S1, so I dove low to try and win the drag race into the hairpin. Unfortunately, I went too low and caught some curb and looped it. Very happy with 6th though. Just wish I didn't goof up and Barne and I could have smashed doors going to the checkered flag lol

[font=Verdana, Helvetica, Arial, sans-serif]Q: 1st[/font]
[font=Verdana, Helvetica, Arial, sans-serif]Very happy with that qualifying spot. I had practiced some earlier in the week but I practiced with the race in mind. The 1 time I practiced a qualifying set up, I wasn't where I wanted to be. I managed to hit the time I was aiming for and was ecstatic to start on pole. More importantly, a BMW was 2nd. I didn't have to have a drag race with an Audi or Porsche to the first turn! [/font]
[font=Verdana, Helvetica, Arial, sans-serif]
R: 1st[/font]
[font=Verdana, Helvetica, Arial, sans-serif]The race was tough. Tire wear was a monster. I determined in practice that, while harder to control, I was faster on completely worn softs than on mediums so I made the decision to run softs as long as possible and pit 1 time. I managed to pull out a 6 second lead or so and was headed for the pits when I got a cut track. Now up 2 seconds, I continued to the pits. The second stint, I put mediums on my left side because I would have to last an additional 3 laps. I managed to stay 2 seconds or so in front of Mats until lap 19 or 20 when I made a mistake in the double apex left just before the front straight. I tried downshifting and my car went into neutral. Mat's gained a full second and made it quite a tense race for the last several laps. Overall very pleased and looking forward to the next race. [/font]
You must log in or register to reply here.
Share:
Facebook Twitter Reddit Pinterest Tumblr WhatsApp Email Share Link
Menu
Log in
Register
Install the app
Top