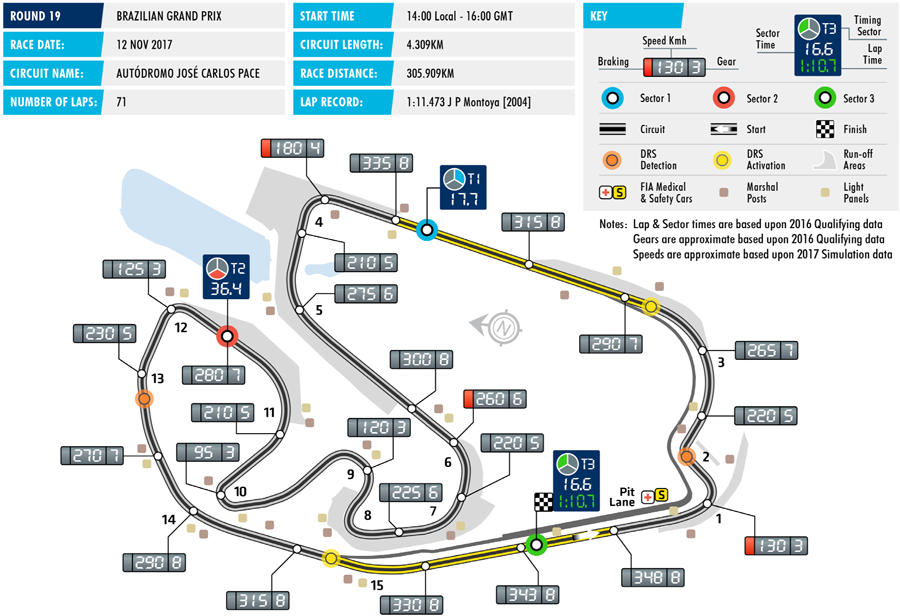 Checked my work schedule and wont be there

I suspect this might not be a popular opinion, but here it is.....

I'm finally just watching last year's Brazilian GP, and the decision to give Ocon a penalty for trying to unlap himself against Verstappen is BS. I get it, Verstappen is the leader, Ocon is a lap down, you need to make allowances for the leader, etc, but you ARE allowed to unlap yourself. If you can unlap yourself, you need to follow normal corner rights rules. Ocon did exactly that by establishing sufficient overlap and maintaining it through turns 1 AND 2, and not by a small margin either, but by a substantial margin, and then Verstappen turns in on him. I'd have been giving Verstappen a penalty in that instance. I feel the Stewards are not only unfamiliar with such incidents (thankfully they're rare), but they're completely blinded by the fact that Verstappen is the leader. For sure, you could put forth the argument that Ocon should not have attempted to unlap himself, due to some unwritten rule of racing etiquette, but the fact remains that the rules entitle you to if you have the pace to do so. Ocon did because he was on fresh Super Soft tires, and Verstappen was on older Soft tires.
I

Yeah i remember that one, i had the same opinion as you, ocon did nothing wrong. Ontop of this i think it showed max's inexperience, he had everything to loose, and nothing to gain by trying to stop ocon from passing him. He knew ocon was there, and he knew he was much faster on fresh tires, and he had a good gap to 2nd. He should have moved right out of the way like he was a back marker even though he didn't have to. Max and ocon had a bit of history before F1 which i remember people saying might have contributed to it, but still.

In my humble opinion, i think it was 50/50 for the blame on them. I agree Max had it all to lose and should played it safe. But you shouldnt really be fighting to unlap from the leader, so Ocon had some blame too.

Verstappen should have let ocon pass , nothing to gain and everything to loose and he did lose...

Zephyr said:
you shouldnt really be fighting to unlap from the leader, so Ocon had some blame too.
Click to expand...

Why shouldn't you?  If Ocon is unnecessarily held up by the leader, why wouldn't he unlap himself in order to avoid compromising his race?  It didn't need to be a fight.  Verstappen should have let him go, and then Ocon would have vanished into the distance due to the tire compound and wear difference.

Zephyr said:
you shouldnt really be fighting to unlap from the leader, so Ocon had some blame too.
Click to expand...

Why shouldn't you?  If Ocon is unnecessarily held up by the leader, why wouldn't he unlap himself in order to avoid compromising his race?  It didn't need to be a fight.  Verstappen should have let him go, and then Ocon would have vanished into the distance due to the tire compound and wear difference.
Click to expand...

The key word for me there was "fighting". If you have the pace to pass on the straight cleanly then go for it but imo you shouldnt be trying to go around the outside into T1 of Brazil vs the leader.

i am most likely going to miss this one guys.

patlessard said:
2 cars within 100ft in the middle of the track and no safety car ...

Thats just terrible. Feel bad for what happened to you there. Still dont understand why Codemasters cant make a safety car feature that actually works. Theyve been making these games for years

I have seen so many wrecked cars in the middle of the track throughout the season, and rarely do we get a Safety Car.  We've seen one, maybe two at most?

I tried practicing for this race on race night after a strong Vodka drink, and that obviously didn't help at all.  Had very little pace, and didn't understand where I could find another two seconds... plus the track was blurry....

Was fully sober by race time, and went out and set a 1:09.1 right off the bat, which was better than I expected.  Next lap was the exact same time.  There was more time to be had for sure, but the rest of the session was scruffy, and I managed a couple of spins.  I had sat in 7th for the entire session, and that's where I'd start.

I thought I was getting fancy when the lights went out by up-shifting early to avoid wheel spin, but all it really did is massively slow me down, and I lost two places before we even got to turn 1.  No idea why I'm experimenting with starts this late in the season!  The rest of the first lap was uneventful, and I just played it safe.

Falling back a bit really just made things more fun, and I was pressuring Falco over the first three laps.  As we started lap 4, I was hoping for a pass with DRS, and was focused on Falco in the braking zone for turn 1, when I was hit from behind and I spun.  I hadn't even realized that Fruitsalsa was right behind me.  Thankfully no damage, and I really didn't care (but you should always let the other car stay ahead if you cause an incident).  Really, that just made things more fun, as I was now down in last and had more cars to battle with.  I probably wasted more time than I needed to before I got going again, because I was a bit disoriented, and was trying to figure out a safe way to resume racing.  Lost 15 seconds from that incident/recovery.

A lap later, and I passed two cars who had crashed, who I would later find out were Dark & Pat, to move back to 9th.  I then passed Fruit in the 2nd DRS zone.

It was interesting that guys started pitting around lap 10, as I found my tires felt pretty good still.  I had just selected the default strategy of SS-SS-S, but I was starting to wonder if I'd really need two stops.  SS-M?  SS-S even?

I gained another place when I found Jonathan had spun at Juncao, and a lap later, I found a slow moving Plasma at the same corner.  On lap 14, Bobino exited the pits just in front of me, and soon after, Plasma caught back up to me and passed me, but despite my worn tires (>60%), my grip felt okay, and I was able to stay close to them for a while.

I'd gone for long enough that I thought I could try and one stop and go to the Soft compound to take me the rest of the way, so I stopped on the next lap.  Was in 8th when I exited the pits, and I got to have another battle with Falco, but quickly made the pass with DRS.  Was closing in on Fruit, and was looking forward to another battle with him, but he pitted on lap 20 which promoted me to 6th.

I started to realize I was in a pretty good position as I had no plans to stop again, and when we had another retirement (Plasma), I was up to 5th.  I checked on the cars ahead and behind with my Race Engineer, and it seemed I was in a fairly lonely position with no chance of catching anyone, and no chance of anyone catching me, barring any mistakes.  I'll take it because I certainly wasn't the 5th fastest driver.  Sure enough, the rest of the race was uneventful, and that's where I'd finish.

Honestly, I kinda dread these races at this point in the season, because I don't like commitment, I don't like how unprepared I am, and my focus is already on re-upping my iRacing subscription on March 14th, but almost all of the races are actually a whole lot of fun, and this one certainly was.  Some good battles, and expectations exceeded by a significant margin.  1 to go!

patlessard said:
2 cars within 100ft in the middle of the track and no safety car ...

Thats just terrible. Feel bad for what happened to you there. Still dont understand why Codemasters cant make a safety car feature that actually works. Theyve been making these games for years
Click to expand...

Yep ... thanks for your nice words
Well it looks like my bad luck run isn't running out ...
I love this track but every season something messes it up
It's really not Dark's fault ... what were my chances he crashed ?? Been racing with him for 4 years now and he never did lol
the frustrating part is looking at the results and this would have my best results for the last 3 seasons ....

hope someone will post their view to see what it looked like to go around these two crashed cars Moogle ? Falco ? Salsa ?

Really nice start
Nearly got caught up in the Dark/Pat crash
And got beaten by Fruitsalsa's strategy
https://www.youtube.com/watch?v=6EOdgD47-I4&list=PLeiCO1Qn8hGyTEfG8q22NmJUG4PdY1a6u&index=16&t=0s

Falco Bronzo said:
Really nice start
Nearly got caught up in the Dark/Pat crash
And got beaten by Fruitsalsa's strategy
https://www.youtube.com/watch?v=6EOdgD47-I4&list=PLeiCO1Qn8hGyTEfG8q22NmJUG4PdY1a6u&index=16&t=0s
Click to expand...

Wow! That was so close with Pat! Glad you made it

I passed around the outside of both cars (outside the track on the right) as I went too wide on the right to avoid Dark. As for the strategy, I ended up doing the same thing as Moogle (but S-SS, instead of SS-S like him). I don't know why, but worn tires was not too bad on that track. I had to push my soft for a long time however.... (my front right was at 80% when I pitted....)

Falco Bronzo said:
Really nice start
Nearly got caught up in the Dark/Pat crash
And got beaten by Fruitsalsa's strategy
https://www.youtube.com/watch?v=6EOdgD47-I4&list=PLeiCO1Qn8hGyTEfG8q22NmJUG4PdY1a6u&index=16&t=0s
Click to expand...

your start was really something !!