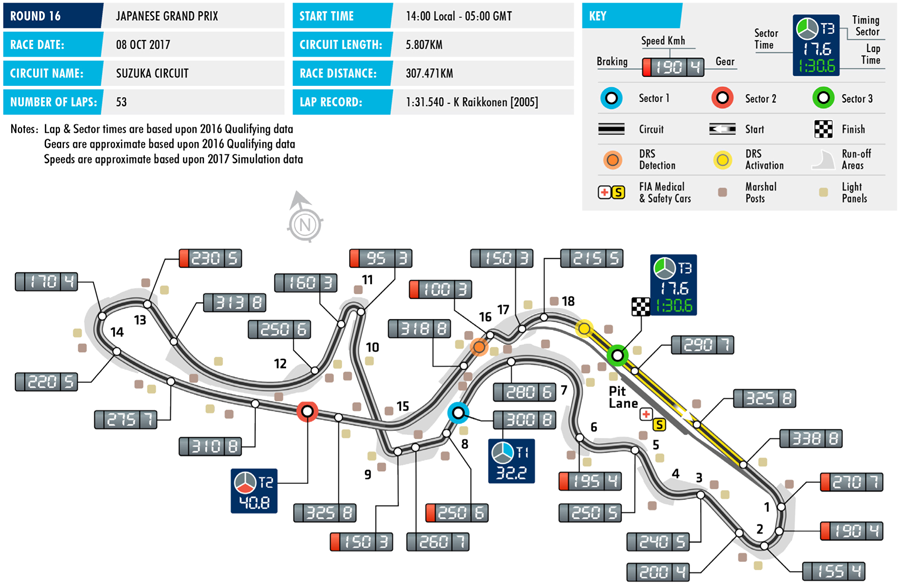 Pre-Race Interview:
1. Every driver seems to like this track, how do you feel about it ?
2. F1 2018 is closely around the corner, would you prefer one longer season (more time between races) or do 2 seasons (a race every week) ?
3. Lewis Hamilton won the German GP last weekend. Do you think he deserved a time penalty for going off track and jumping out of the pit entry ?

Pre-Race Interview is up !

1. Every driver seems to like this track, how do you feel about it ?
This is a kind of track where you need good rythm in a way to get good lap times. You need also great precision for the braking point. That's why it's a fun track.

2. F1 2018 is closely around the corner, would you prefer one longer season (more time between races) or do 2 seasons (a race every week) ?
Good question. The seasons are too long with 20 races and more (21 in 2018). Playing two seasons mean at least 40 weeks of 52 in a year playing that game. Maybe that's the reason why it's more difficult to have drivers during summertime. Maybe having one full season with breaks could be the ultimate solution. It could start on first week of october, if the game has no bugs, and the final round in early may. During the years where there was 15 races or less, it was possible to play two seasons with the same game but it's more difficult today. Another option could be reducing the seasons to 15 races, meaning some races would be skipped. The problem would be to chose which ones to skip.

3. Lewis Hamilton won the German GP last weekend. Do you think he deserved a time penalty for going off track and jumping out of the pit entry ?
The lines are there for good reasons and he should have got a 10 seconds penalty.

2. F1 2018 is closely around the corner, would you prefer one longer season (more time between races) or do 2 seasons (a race every week) ?
I agree with Bobino's points. I think i might have a perfect solution tho. We do one long season but the gaps in between (not including break weeks like Christmas etc.) are filled with a classic car championship. So for the people who want to race every week, there is a separate championship they can do, and for people that dont want to race as much or dont have the time to, they can just race in one championship and they wont get penalized points wise for not showing up every week.

I also think this is a great year to do this because with the 70s cars we have multiple cars from the same year so it wont just be one car for every single person.

I really like this track and i am on vacation so i will try to come race with you guys tonight!
T

I'm really sorry if the DC notices on lap 27 from me messed anybody up. The first one was the wall taking my tire away. Congrats to the winner.