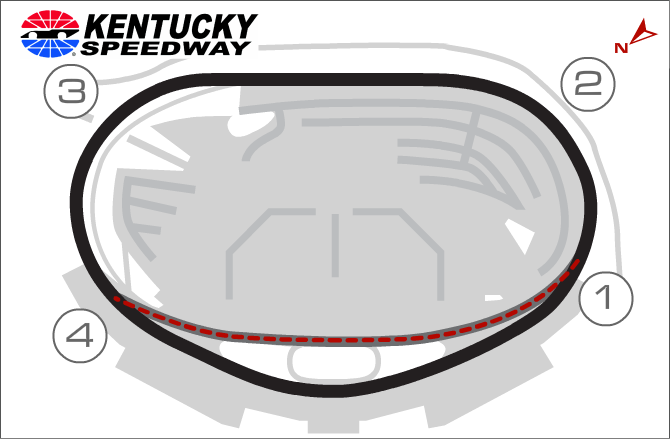 Cant wait for tonights race at Kentucky. 1.5m _____ should be interesting to see who will have the momentum heading into
The final race next week at homestead
V

I had been sitting at a 2nd or 3rd place qualifying spot until getting a nice tail off nick in the final couple laps. We both qualified on the front row

I’m glad to get this win, I had worked hard at this track all week and it showed during the race. I had a fast car that handled great on the long run, battling back to the lead just before we had taken green flag stops. Nick and I really lived up to our team name in this one, finishing just where we started. Jake and I had some nice runs out front, once I was able to drive back through the field after a caution, it took me 3-4 laps to pick up on the lead he had gained on the rest of the field but once I did I was able to make the pass about 2 laps before pitting. Unfortunately for Jake, he had mistakenly illegally pit on the only two green flag runs, leading to an overall 9 second lead he was able to put on me. It was completely unintentional on his end but it does stink because a nice finish was in order between the two of us.

I look to wrap up the drivers and team championship next week with a strong finish at homestead, a track I’ve historically struggled keep my car consistent at but the work will be put in. I also look forward at attempting to repeat as playoff champion(unofficial)

Q: 10th
I felt I had a car that could've easily qualified in the top 3, but after getting my fast lap killed not once, but twice. I decided to hold back a little bit and waited to late to attempt another fast lap.

R:7th
Due to my bad qualifying effort I got stuck in traffic and I tend to run a little slower in the pack to stay off of everyone. I felt I was making a pretty good run, but got stuck behind a slow car that cost me a lot of time on the lead cars on the final restart. It was the first time I have really debated if it would be worth it to give them the boot to get around them as they also cost me a few spots as it seemed they were mirror driving me. Although, I will say it was a fun race and I didn't get aggravated at anyone, even though I had some tough moments, as Kentucky is a tough track.
You must log in or register to reply here.
Share:
Facebook Twitter Reddit Pinterest Tumblr WhatsApp Email Share Link
Menu
Log in
Register
Install the app
Top