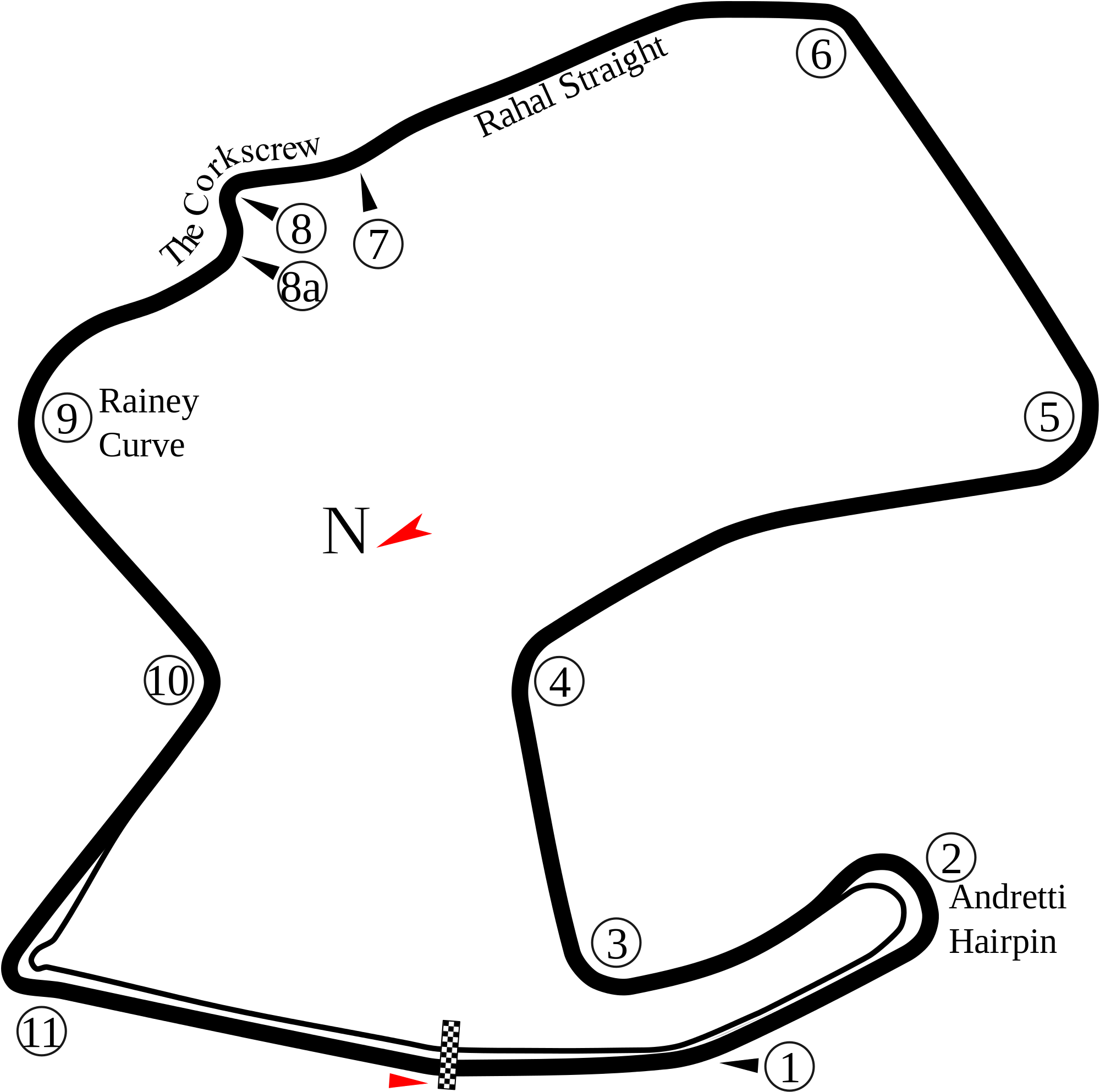 ****IMPORTANT NOTICE****
I have not received word back yet from SMS about our issues with having to remake the lobby since Patch 4.0. We need to test something out on Tuesday to try and fix the issue. I am asking that all drivers are either sitting in their cars spectating, or out on the track driving at the end of Qualifying. There is an assumption that if maybe someone is in the car set-up menu when the timer hits 0, that could be locking that driver out and forcing us to remake. We are not sure if it is correct or not, but it is worth a shot to try. So please, make sure you have all of your set-up corrections done in advance, or wait until the 2 minute ready screen to change fuel or whatever it is you need to adjust. Thank you for your cooperation on this.

Pre-Race Interview
1. Quite the opposite type of track then last week as we hit Leguna Seca. Do you enjoy this circuit?

2. 99% of us were not fast enough to properly battle Mac, but do you have a favorite Mac memory?

Zolder, Season 8. I sucked at that track the first time I was there in Season 7, and I did a ton of testing with Mac that week. For the first time, I felt like I had a car worthy of running up front. Learned a lot that week mainly due to Mac in regards to how to attack certain sections, even if he was clueless about dialing in that Ruf lol While it sucks that Mac ate some serious wall, it did lead to a solid Hootie win. So all went according to plan lol
R

I am ready for Laguna Seca, I typically have a fairly spin free race here so we will see where consistency gets us.

Racing with Mac, Hootius and RPG and others at 1 am in the morning was always a real blast.
Having him teach me how to play with settings a bit deeper on my Audi has also been helpful. I have been having fastest laps 2 seconds behind the leaders but maintaining that pace is still just outside my scope for now.

I love Laguna Seca, which is why I sponsored this race. Years ago, I was playing GT4 like it was my job and decided to purchase my first wheel, the original Driving Force GT. A friend and I got into a hot lap battle with the formula car (I believe GT4 only had 1) at Laguna Seca. We went back and forth for days, one-upping each other by a tenth here, a few hundredths there. I was at my limit but refused to let him win, so I started experimenting with new lines and techniques. To my amazement, I snapped off a lap that buried his best by almost 2 seconds! I sent him a screen shot and a few minutes later he conceded to my victory, saying he'd break too many controllers trying to beat my time, so he gave up. That was when I really fell in love with this circuit, and with sim racing in general (I know, it's GT, but still). So this course has a special place in my heart and I can't wait to race tomorrow. I don't expect to win, or even to podium, but I'm hoping for a good result and a clean, competitive race.

I've only been racing with Mac for a few months so I don't have any real personal memories. I'll just say that he's a hell of a driver. Not only is he blisteringly fast, he has a great attitude, and almost no ego to speak of. He never gloated or talked down to slower drivers, and went out of his way to help anyone that asked. It's sad for the league to lose a person of his quality, but, if I'm honest, it'll be nice to see something less than +3.574 next to my name in qualifying. LOL
J

1. Quite the opposite type of track then last week as we hit Leguna Seca. Do you enjoy this circuit?
To be honest, I haven't hit this track since gran turismo many years ago... Been out of town and haven't been able to run it yet this week. I'm looking forward to this race though. Its definitely way more my style than Road America was so I'm excited to get practicing tonight.

2. 99% of us were not fast enough to properly battle Mac, but do you have a favorite Mac memory?
lol. 100% of us I believe. Haven't been racing Mac for long and when I was, I wasn't really "racing" him. I'd say may personal favorite Mac moment was in my first race (Silverstone International) when he got off to a really bad start and somehow ended up behind me, and I just let him pass me like an idiot because I didnt realize what happened. Just assumed I was going a lap down. It was pretty funny a few seconds later when I realized. Anyway, I agree with everything GreatC said about him. He is a class act, it was awesome to get to race with him, and things definitely won't be the same without him.
R

Haha right, I ran like 2 laps without losing mac! Then he drifts off into the distance. That's funny you let him go and then realized you gave it up... Though you would of got passed anyhow. That's why I let some people go and others I try and hold off.
R

1. I’ve been dreading Laguna because the ole Porsche feels extra unstable here. That being said I will still be carrying the main goal of making minimal mistakes like going off or having a 9 second spin or god forbid taking damage. I don’t care much where I place, I just want to be happy with the way I drove.

2. My favorite Mac moment was season 9 at Indianapolis Road Course. Battling him and kdawg was intense.

Mazda is my jam!


And macs first race at the glen dude was flying by me one second then the next he was half a hood into the wall then before I knew it flying past me again lol as with most he help me to fine tune a bit and I’m grateful for that!

1. Quite the opposite type of track then last week as we hit Leguna Seca. Do you enjoy this circuit?

A lot. It’s completely wrong in this game, but still very enjoyable and challenging in this game. The IMSA race at Laguna is one of my favorite races of the year. The 8 Hours of California was pretty cool too.

2. 99% of us were not fast enough to properly battle Mac, but do you have a favorite Mac memory?

My favorite memory would either be battling with Mac at Hockenheim or at Daytona when he was battling Mats I believe. I was in the middle of that battle the entire time.
C

Racing with Mac is astonishing on a regular basis. You think you've got a strong time and yet you know somehow he will be a second faster. Great racing with people who are faster because you've got something to learn and I definitely have here and there.