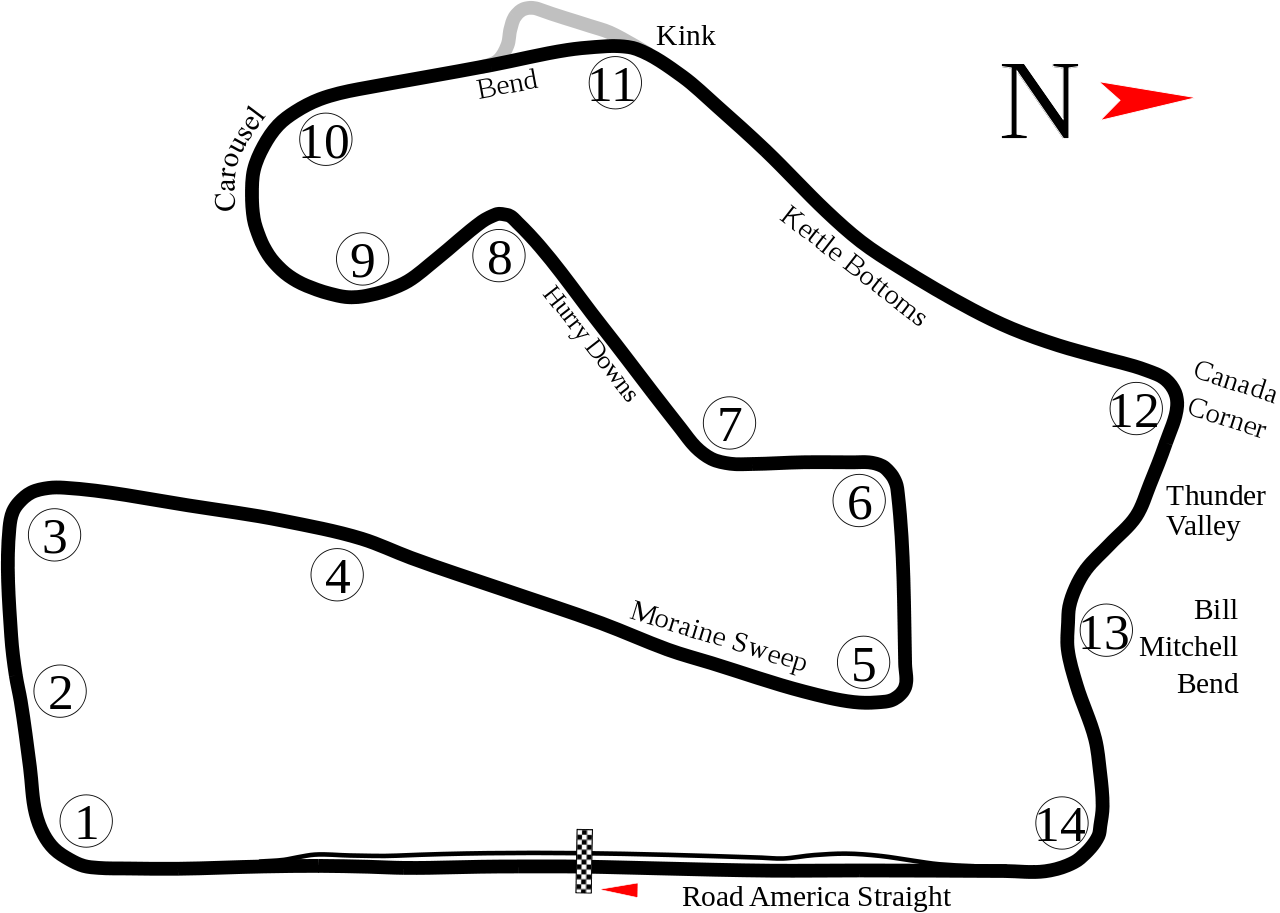 [font=Verdana, Helvetica, Arial, sans-serif]1. Road America this week. Do you feel like 4 miles is too long for a circuit?[/font]

I feel like Road America is boring. If it was an exciting 4 miles, then no.

[font=Verdana, Helvetica, Arial, sans-serif]2. Kneejerk reaction question. After 1 points race, do you feel better or worse about your car pick?[/font]
I think the Audi was a great pick and feel awesome about the season.

S1. Road America this week. Do you feel like 4 miles is too long for a circuit?

There’s no such thing as “too long”. If you know what I mean... I’m talking about the Nordschleife btw

I was unfortunately not able to race last week, but we are very confident in our new Ferrari’s at M.C. Corse. It seemed to have struggled a bit on the bumps during last week’s race at Donington. Definitely something we will be focusing on fixing before tackling tracks like Long Beach and Bannochbrae.

That’s a very biased question don’t ya think? So I’m just gonna go off the bat and say me or Addiktd will win.
J

I think long tracks make for really fun racing, they have a different feel than your standard two-ish mile tracks. Same with shorter tracks, I really enjoy those too. That being said, I actually disagree with Mac on this track being boring. I'm having a harder time mastering this track than I have any other track since I've been a part of PRL. I think it's very technical and varied and will be a fun challenge for everyone tomorrow.

tl;dr nah, its not too long

Better. I was running solid lap times all race, despite making my only pit stop on lap 3. If my wheel hadn't glitched and put me two laps down immediately, I think I would have had a solid finish. Hoping that the bad luck is out of the way for a few races and the Speed Syndicate Ferrari's can bring home some good finishes now.

It'd be nice if it was me... But I'm struggling with this track. Gonna have to put my money on Mac taking it... as long as he calculates gas correctly
A

1. Road America this week. Do you feel like 4 miles is too long for a circuit?
We had worst, just too bad if the field gets spread out too much.


2. Kneejerk reaction question. After 1 points race, do you feel better or worse about your car pick?
Car feels good but not fast. When it feels fast it doesn't feel good. Still trying to figure it out but if i keep myself out of trouble we should be in a god position for the points. This race is all about staying on the track. With the past 4 races i got myself in some bad situatons, i intend to remedy to this tonight

I don't think it's too long, just not very exciting. The long straights mean you have a lot of time to set up for corners, but they also mean that getting the corner right, and the exit in particular, is all the more important.

I'm pretty happy with the AMG so far.  It can be a little temperamental when trail-braking, as the back end likes to try to overtake the front. Otherwise, it handles quite well.  Plus, it looks and sounds so mean, it wouldn't be right if it were TOO civilized.

Well, unless the top 8 or 9 guys have serious problems, it probably won't be me.  I've been consistently 2-4 seconds off the top qualifying times, and I'm finding it difficult to close the gap.  However, I don't think that means I suck.  It's more like evidence of just how fast these guys really are. I was frustrated at first, but I realize that chasing these guys will make me better.  This is only my second season after all, and I missed the first few races of last season too. I'm trying put my ego aside and learn as much as possible. I think my biggest problem is slowing myself down by trying to go too fast.  So my goals are to drive smooth, hit my marks, eliminate mistakes, and be prepared to capitalize if someone else makes one.

Oops, I went on a tangent.  It's hard to bet against Mac, since his biggest competition is really himself.  If he gets out front and doesn't make mistakes, he's gone.