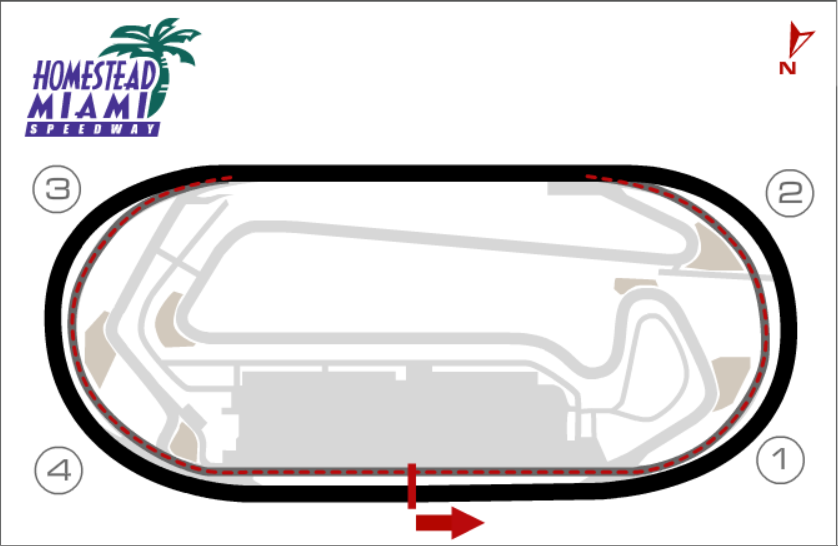 Pre-Race Interview
1. Do you like that Homestead is the final race for our, and Nascar's, Playoff Championship?

3. Are you happy about the move our Cup league will make?
J

I love the fact that homestead is the final race, its wide and fast.
I would rate my season a 7/10 But since my mistake at Kentucky i feel like 5/10
Veary happy to see the league move to a friday should be easyer for more drivers to join

1. Do you like that Homestead is the final race for our, and Nascar's, Playoff Championship?
Being the only tradition 1.5 milers, I really enjoy it as the final race. It's wide and fast, bit of an equalizer when it comes to styles.

2. Rate your Season from 1-10
I want to give it a 1 based on my frustrations the past month. Really it is a 5. Half of the season was decent with a few wins, the other half was an embarrassment. I need to get my act together if I want to finally capture a championship in S5.

3. Are you happy about the move our Cup league will make?
Very. I love longer races that promote consistency. I wish there were no stage breaks, but we have seen the yellow not fly when it needed to and the breaks could be a way to right that wrong.

1.  I like it Homestead is a great final track.

2. (2) Competition was good, however just lost enjoyment for one reason or another and I just stopped practicing all together.  I started to enjoy the setups amd quality of PC2 which made me dislike the handling and effects of this game even more.

3.  Friday is a good move and the 50% is great.  If I return for any oval racing it'll be Iracing or a home run development...
V

I like homestead as a track. I’ve always thought with a 10 race season all tracks should be random but this track in general doesn’t give anyone an advantage and it’s fun to race.

I’ve had a good season but there’s so much to improve on with the biggest being down pit road. I have 2 wins this season in what felt like I could have 4-5. I’ve led late in races only to give it up down pit road. I’d give myself a 7

I like Friday nights, I like 50% races. The 25% went by too quick especially when we had a lot of early cautions.

1. I like Homestead as being our and Nascar's Final. I don't think any track could replace it as being the last race of the Nascar season the weather is usually perfect and it is a pretty balanced track for most drivers. If Nascar was to change the final race I think moving it back to Atlanta would be there only real option as most places are already prepping for winter or getting tons of rain. Maybe doing a bid system like the NFL does for the Superbowl could also be a viable option. For us I would like to see this rotate, but I am fine with it being Homestead as Wardude has said it is a balanced track and really no one has a clear advantage.

2. I would give myself a 5. I haven't quite had the results I've been wanting, but have been by far one of the more consistent guys in the series. Yes, my worst finish is 9th, but I have only had one top 5 all season. I feel that I have been knocking on the door a couple of times this season, but due to some mistakes and miscues I have failed to deliver as I have 5 6th place finishes this season alone. I also feel I haven't been close to winning a race all season. We have had a a couple of guys dominate most of the season and have been putting on a clinic. I felt I got faster this season, but it wasn't quite fast enough. I am looking at my best points finish this far with PRL, which has been 10th in all three past seasons. I am defiantly looking for more top 5s and maybe a breakthrough win in season 5, who knows I may shock everyone and walk away with the championship.

3. I am thankful for Friday's nights. I love longer races as I love the strategy involved something I feel went out the window with 25% races. It also allows for people to make up for early race mistakes. The move will most likely keep me in the league as I will be transitioning from college life to the real world during this upcoming season. I am hoping this will be possible with the Truck series as well. I do know that this won't happen till about week 5 or 6 of the season so I have time before the transition.
V

I had a few good laps in qualifying, I was happy to land on the front row

It was nice getting back to back wins to end the season and championship on a high note. The car felt great the entire race, right off the bat I was able to tuck it in behind Jake and Hootius and just ease around the track. We were in 2nd when the first caution flew but unfortunately shortly after that our leader Jake had disconnected. Im not sure how the race would have finished if he had been able to finish but he was surely the car to beat after coming out of pits 4 seconds ahead of the field. Once I took the lead, I had only briefly given it up to Kdawg before the last green flag stop. Everyone was short 2 laps on fuel so they had to come in one more time but I was shocked to see only Hootius and Myself took a splash of fuel and got back on the track, the rest of the field took 2 or 4 tires. I had come out just about a half seconds ahead of Hootius, my car seemed much better on the long run so I was able to drive away a bit for the win. It was a great season for myself, my team, and the league. We ended S4 with 3 wins, 7 top 5s, 2 poles, 2 fastest laps, a drivers and team championship(back to back to back), and a second consecutive playoff chanpionship. I’m excited for the start of S5 where I’ll strongly look to defend all championships.

Q:4th
Ideas honestly surprised to have qualified this high in the field. I felt I didn't have the best of qualifying sessions as my setup felt right in some spots and wicked loose in others.

R:5th
Second top 5 of the season. I'll take that to end my season. My race setup was quick but not to where I wanted it. It also got tight at the end of the run howecer, when the first wave of pit stops came about I left it alone. It wasn't till I believe I was accidently sent into pit road after a jumble in turn 4 sent me sliding. I would go a lap down while in the pits. Disaster had struck me as I was part of the Championship 4 after Zeke was unable to make it. However, I caught a quick break. The caution flew as I was leaving pits. I stayed out and took the wave around to get back on the lead lap. Over the next couple of stops I managed to jump up to 5th as I switch back to my qualifying setup that I really enjoyed on x4 wear. However, under the last stop of the race I elected to take two tires and a can of fuel. This was a mistake sure I got out in 4th and was knocking on the door of third went the car became uncontrollable. I should've done a splash and go. Might've helped with stability and track position. Could've very well came home third. Instead over the last run I slipped from 4th to 6th with 7th quickly gaining. I got lucky and got a top 5 due to Brian wrecking coming to the finish off of turn 4.

Season: 7th
This has been my best points finish in PRL, excluding the unofficial mini-truck series. I feel that I left a lot on the table this season could've very well been top 5 in points, but I had a run of 6th place finishes and seemed to be unable to break into the top 5 finishing order. My best finish this season ties my best finish in PRL, again excluding the mini-truck series, at 3rd. But overall this was my best season for average finish. As my worst finish was 9th. I can't wait till next season as I feel I have greatly improved over this season and maybe getting a run at a win and longshot maybe the championship.
N

Start:6th
Finish:3rd
Stayed in the top 5 all race, right with the leaders. Decided to take two tires on the last pit stop that may or may not have taken the win away from me. I needed only one more lap to overtake Hoot and War for my first prl win and playoff championship. Those guys made a good gamble but one more lap in the race it would have been over. Great race and great season. Next season will be the one for me to bring some victories home.
Season: 2nd
By far my best season in PRL. No wins but I feel like consistency kept me around all season with 7 top 5s and only one finish worse than 7th. Shout out to Wardude for being a great teammate the past 2 seasons. Back to back team championships is something to be proud of as we branch off to form new teams in season 5.
Looking forward to the most anticipated season coming up. I’m ready for it and I will be a threat!
You must log in or register to reply here.
Share:
Facebook Twitter Reddit Pinterest Tumblr WhatsApp Email Share Link
Menu
Log in
Register
Install the app
Top