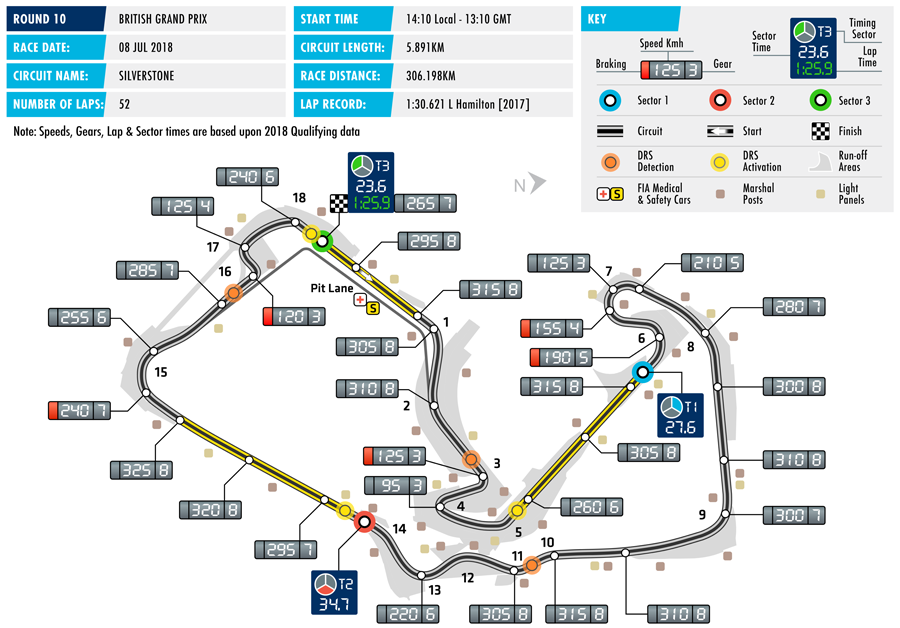 Re: Round 5: Great Britain - Silverstone Circuit (Sponsored by Coopersonic) (11May17 @ 9pm EDT)

Thanks Coopersonic for sponsoring this race

Question 1: Yes
Question 2: Definitely
Question 3: Only on a full moon
Question 4: That's a bit personal
Question 5: I quite like it
0 x

What Majacko said... except question #2 is only a sometimes for me. :p

My daughter has a school orchestra concert tonight, so I will be cutting it kind of close to getting home in time for the race. Which is semi-humorous because I missed Silverstone in S7 because of the fall concert  >.<
0 x
iRacing Oval Manager & PRL Chief Oval Steward
Career PRL Stats
15 Wins - 92 Top-5's - 12 Poles - 10 Fastest Laps
Project Cars GT3 Drivers Champion
7-Time PRL Team Champion
Twitch.tv/OldManHoot
Twitter.com/Hootius
Top

Q: 1st (Due to penalties)
Rarely is pole a screw up but on this occasion it was.

R: 4th
Despite keeping the lead of the line I was already in a bad position on the wrong strategy. The best I could do was 4th behind 1 stoppers. I was hoping for a SC but wasn't fortunate in that regard. Couldn't turn the hards on either, wish I had made some better tyre choices.
0 x

Q: 5th (due to gordow's penalty)
Put in a solid time for me on the medium tire.
R: 6th
Solid result for me, didn't feel very fast here so I was just happy to run a mistake free race.

Here's an amusing thought:
Dubzzy, I think you'd better thank Mystic for blocking your qualifying lap, as you would have started (admittedly from pole) on softs and had to 2 stop!

Q: 8
Was honestly surprised on my quali lap. Best ever for me at Silverstone.

R:14
First lap was good. Coming through the second to last corner jdub made it three wide with NickDahy and I. I back of and Jdub runs wide into Nick. Jdub comes back into the racing line into me (it's all good tho) knocking me into the grasp of a charging Dubzzy. I run wide in turn 2, giving him the run through turn three. He gets a snap of oversteer and my front nose gets his gearbox, knocking me into a beautiful wall and losing my front wing. From there on I played catch up and did pretty much my whole last lap with a puncture. Looking forward to Germany and hoping to bounce back.

I wont lie, I had pretty much nothing for practice this week. I knew I would be slow and I would need tons of help. Unfortunately, the opposite of help happened when Porq shot up the middle and forced 3 wide going into turn 1 and before I knew it, I had pork and Ditch tangled and coming down in front of me. I could not slow the car down quick enough and I did not want to randomly swing to the left and potentially ruin someone else's race, so I ended up making up slight contact, yet was the only one of the 3 to make a full spin. So ya, after that it was a very cringe worthy 26 laps of driving around by me. Definitely looking for a better performance at Germany next week and get back into the grove that I had the first several races of this season.
0 x
iRacing Oval Manager & PRL Chief Oval Steward
Career PRL Stats
15 Wins - 92 Top-5's - 12 Poles - 10 Fastest Laps
Project Cars GT3 Drivers Champion
7-Time PRL Team Champion
Twitch.tv/OldManHoot
Twitter.com/Hootius
Top

Q: 13
Was fine with where I was starting. Didn't get a chance to adjust my pit strategy so that kinda messed me up.

R:16
Right off the start I got off to a pretty decent start and was on the inside of Ditch going into turn 1 and and looked like someone was coming up on my inside so I tried to leave room for them but I don't know if Ditch knew I was still on his inside or not or that I was trying to leave a little room as we made contact. (Sorry that you got tangled up in that hootius, this was my first turn 1 incident since the pre-season race) Anyway, after coming back on the track somewhere around turns 12 and 13 Bubba lost control in front of me leaving me no where to go and damaging my front wing. I knew my pit strategy was messed up and I'd be lucky not to come in dead last. Upon the 2nd to last lap my tires were nearing puncture status so I went to make a pit as I was far enough in front of 16th but got a damn speeding down pit road penalty giving me a +20sec race time. If not for that penalty I would've finished 14th.

El_Majacko wrote: Question 1: Yes
Question 2: Definitely
Question 3: Only on a full moon
Question 4: That's a bit personal
Question 5: I quite like it

Sorry I missed writing out the questions this week Majacko!  Love your responses though LOL
0 x
Follow my Twitch channel here: www.twitch.tv/simracingam
Subscribe to my YouTube channel here: https://www.youtube.com/channel/UCn6E_Bucgr5WSRMHA6cryNQ
Top

Qualifying: P2
In doing a practice race, I realized that Silverstone had such a long pitlane so I was going to try a 1 stop strat starting on the Medium.  In Single Player it was not that hard to accomplish however tire wear is a little worse online so I was hoping it would work out.  The lap honestly felt slow because I was used to the softs but it netted me P2.  Luckily it went pretty well as I was only going to have 1 attempt at it.

Race: P3
As the lights when out I was pretty even with Majacko however I took the first turn cautiously just in case he did not see me.  This let Mystic get next to me.  We were side by side few through a few turns until he got past with a better exit into the S turns Maggots Beckets, etc.  He ran wide on the final one and I got a good drive off the corner however I put down the power a little too fast and almost lost it.  This really cost me as at least 2-3 drivers got past me.  Into the chicane there was a Renault next to me who went really deep and forced me off the track.  I was able to keep my nose clean but now I was way back in P9 from P2... which was very frustrating.

After that I had to put my car into lean as I took out all the fuel trying to conserve tires to make the 1 stop work.  I do not know how much this helped as I was not catching DSZ at all.  Luckily though I was right about the Pit Delta and into the last part of the race I was comfortably into P3 and Majacko was not catching me that much.  I think he brought the gap from 6 seconds to around 4 seconds.  Mebbe and Dubbzy were ahead too far after my first lap journeys, but I was happy to finish this race on the podium after having my race destroyed last week.
Great job guys and I will see you next week!
0 x
Follow my Twitch channel here: www.twitch.tv/simracingam
Subscribe to my YouTube channel here: https://www.youtube.com/channel/UCn6E_Bucgr5WSRMHA6cryNQ
Top
Locked
13 posts • Page 1 of 1