2020/S2 iRacing Championships Signups Are Up!!
[br]
Get a priority seat by becoming a Premium Member!! Click here for more details!
[br] 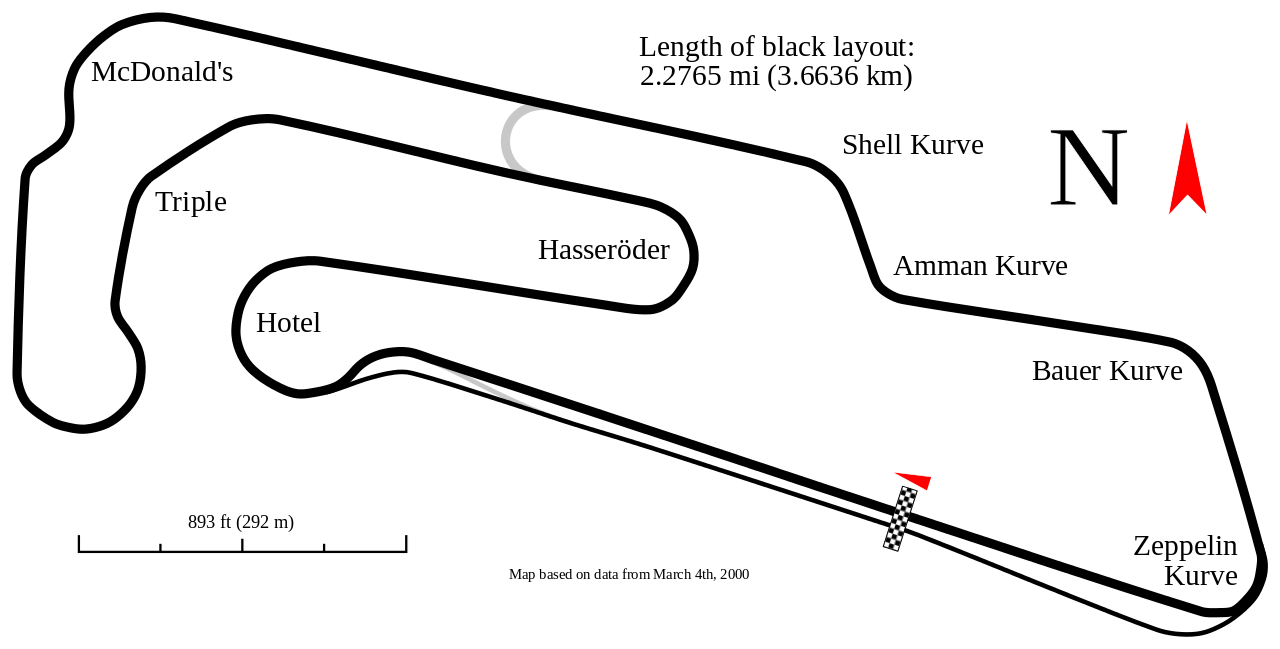 ----PRE-RACE INTERVIEW----
1.How would you rate your performance in the pre-season race? How can you improve?
2.What is your favorite part/Feature of Project Cars?
3.Now that the schedule is out what race are you looking forward to the most?
0 x
PRL Director & Owner

Pre-race interview is up!!!
0 x
Hump, Jump and Drive
Top

You can see the full schedule in the schedule topic, or or the topics below the announcements section in this forum
0 x
Hump, Jump and Drive
Top

1.How would you rate your performance in the pre-season race? How can you improve?
I would say I did pretty well. Finished 3rd after starting 4th and with in a half a lap finding myself in 14th with 23% areo damage. I need to work on my starts.

2.What is your favorite part/Feature of Project Cars?
The realistic feel of the car through my steering wheel.

3.Now that the schedule is out what race are you looking forward to the most?
I did not look at the whole schedule yet, I will edit this answer later.
0 x
Top

1.How would you rate your performance in the pre-season race? How can you improve?
Obviously I'm happy with my pole position but the rest of the race was ehh. As soon as the tires fell off I started falling back quick. Need to practice with worn tires.

2.What is your favorite part/Feature of Project Cars?
Definitely the FFB. Way better than what I was used to on Forza.

3.Now that the schedule is out what race are you looking forward to the most?
Spa, The Glen, and Road America. Top 3 favorite tracks right there!
0 x
Top

1.How would you rate your performance in the pre-season race? How can you improve?

I think I did pretty good, only one penalty and no time spent off the track.

2.What is your favorite part/Feature of Project Cars?

I also like the force feedback system, being able to pinpoint to feel. And the car set-up is awesome too

3.Now that the schedule is out what race are you looking forward to the most?

Of course Watkins Glen, and this race as I sponsored them!
0 x
Hump, Jump and Drive
Top

1.How would you rate your performance in the pre-season race? How can you improve?
The team did everything right, except for the pit stop where WET TIRES were put on the rear of the car.  This caused an unscheduled stop at which the tires were not even changed. Ho,w can we improve?  Fewer mistakes on the track and this new pit crew better get things sorted out before the race.

2.What is your favorite part/Feature of Project Cars?
The online racing community is great, just wish there were leagues scheduled on Friday or Saturday evenings

3.Now that the schedule is out what race are you looking forward to the most?
Road America, it is in my backyard
0 x
Top

The American Le Mans Series (ALMS) was a sports car racing series based in the United States and Canada. It consisted of a series of endurance and sprint races, and was created in the spirit of the 24 Hours of Le Mans.

The American Le Mans' headquarters was in Braselton, Georgia, adjacent to Road Atlanta.
The series was created by Braselton, Georgia-based businessman Don Panoz and ran its first season in 1999.[4] Panoz created a partnership with the Automobile Club de L'Ouest (ACO), the organizers of the 24 Hours of Le Mans, to begin a 10-hour race in the spirit of Le Mans, dubbed the Petit Le Mans. The inaugural Petit Le Mans took place in 1998 as a part of the Professional SportsCar Racing series, in which Panoz was an investor. For 1999, the series changed its name to the American Le Mans Series, and adopted the ACO's rulebook.

The partnership with the ACO allowed ALMS teams to earn automatic entries in the Le Mans 24 Hours.

Just some history. Don was a Doctor and invented the nicotine patch. He was an amazing man. Even created a team (Lizards/Panos) that dominated road racing in GT for a long time. And he basically gave the FIA an idea to steal to create WEC. Of course, the FIA fucked everything up, but at least retained the spirit. I applaud the person who picked these cars instead of going for the new ones, which are basically F1 cars with a shell. And TC.
0 x
Top

I am ready for this race.... Love this track feel like I have got a pretty good time here
0 x
Hump, Jump and Drive
Top

Great race guys, lots of fun. Too bad my pit crew pulled a Red Bull from Monaco last year and forgot to change my tires and I had to pit twice. P5 not bad after that but I would've liked to have kept fighting for the lead with undead.

Also, sorry to Hook, I was along side you but missed my braking point and went little deep into "Shell Kurve." My bad.
0 x
Top

Great race guys! No disconnects! (Only one at the end but I think it was his Xbox) Let's do this all season, I had the force feedback bug but these actually don't drive that bad with it
0 x
Hump, Jump and Drive
Top

Nice one undead! Toast like performance. Lol had a few spins myself in the early stages.recovered nicely finished 2nd. Great racing all the way around guys .
0 x
Top

Had a blast Tuesday night. looking forward to next Tuesday. Congrats Undead on your win.
0 x
Top
Post Reply
17 posts • Page 1 of 1