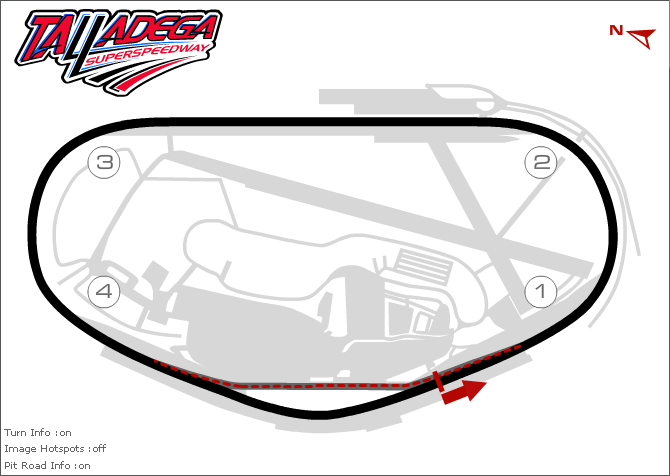 1. Halfway through the season, how would you rate the series as a whole?

2. Will Brad continue his dominance or will someone else win at Dega?

1. Halfway through the season, how would you rate the series as a whole?

2. Will Brad continue his dominance or will someone else win at Dega?

1. Halfway through the season, how would you rate the series as a whole?
Fun to race, just needs more participation (even from me)

2. Will Brad continue his dominance or will someone else win at Dega?
im showing up and im 2/2 so far

1. Wish I didn't miss races, but it's fun. Only thing I look forward to on Sundays because Larson is hard to watch this season. lol

That race was a mess.


We had a massive caution and the game did not throw one for us. In the past we HAVE thrown cautions in situations like this despite being told we always go by the game. (back when guys like Brandon Massey, Chris Perez, and Sammy Holmes were organizers/admins. This sounds like Im saying its Charles' fault which its not I'm just giving a time frame based on the admins that were around at that time for the Sunday series. Love ya Charles.) If something has changed in the rules since the last time we had an issue where we need a caution but the game does not throw it then that rule needs to be changed. We had 2 admins in the race who could have thrown a caution, why have a rule that black and white when we have the ability to easily rectify mistakes made by either the game not recognizing it or by the server not being set up properly.


There is no reason to have a situation like that when there is such a simple solution.


I'm sorry if this comment seems a bit harsh but I love this league and what happened tonight was NOT okay and turned this race into a farce.
0 x
Top

That's the thing, there is no rule about it either way and I have 99% of the time referred to the game (just like the game polices itself when it comes to extending track limits on road course, I don't overturn those either). The one time in the past year plus that I have been doing this, we has one instance in the K&N where we threw a manual caution when we had 2 different wrecks in close proximity of each other, the last one with multiple drivers spinning out completely. Other than that, it has always been on the game.

There has been other instances of the game not throwing yellows for cars getting totaled at different tracks, and times where a car is not even 90 degrees and throws it immediately when it shouldn't have been.

Looking back at it, I agree it should have been thrown now. When I heard JR said he was parked sideways on the track, I didn't realize he had already gone around twice, there was a lot of talking going on and I missed that info. I was in shock that whole turn of events happened, I clearly should have seen him go around the first time on my screen, but I was more focused on saving my ride. You wanna talk about 2 admins in the race, exactly, we were racing. Making those kind of judgement calls with no personal bias, with all the commotion going on. in a split moment is a lot to ask. I know you are pissed your night got ruined, how do you think I felt putzing around for 40 mins being the only admin person left to make sure there was no other issues. I would have loved to go watch Thrones.

But in all seriousness, I take responsibility and apologize for making the race suck for everyone involved
0 x
Top

First off thanks for the reply Charles.

I completely understand not having an instantaneous reaction to the game not throwing a caution and it would be unreasonable to expect you to have the reaction time of The Flash lol.

" was more focused on saving my ride. You wanna talk about 2 admins in the race, exactly, we were racing. Making those kind of judgement calls with no personal bias, with all the commotion going on. in a split moment is a lot to ask."

I would say though that after the dust had settled and the cars that weren't destroyed completely were rolling we could have thrown one. I stayed behind you (trying to give you the position that you should have had if the caution flew) as we went into 1 and 2 waiting for it to be thrown and there was plenty of time to do so with no threat of causing more mayhem. Once again not mad at you Charles I understand the difficulty of making these kinds of calls on the fly and I appreciate you taking what time you get away from work and family to help manage and steward this league.

"This is something we can all discuss in the league moving forward, but whatever we decide is going to go into effect for all races, not just plate races."

I agree with you that since there is no rule mentioning what to do when the game mishandles a caution that we need to make one to avoid situations like this in the future. I would say that if there is a situation like this where there clearly should have been a caution that one needs to be thrown as soon as it is safe to do so. I also agree that it needs to be on all tracks not just plates cause crazy things can happen anywhere.

I'm sure others could weigh in and what not but I'll see some of you Wednesday and the rest of you next week.
0 x
Top

I would have liked to have seen a caution thrown there, game be damned. I don't know how complicated it would have been to do so while driving, but can you hotkey an emergency button to get that done?
The bad side of throwing too many manual cautions would be people calling for them when they may be unwarranted, but tonight's wreck could have probably used one, especially that early in the race. That's my real biased take on it though given how it put me on my back foot 5 laps into the race. I'm sure the cars that zipped right through didn't want the caution thrown. =)
0 x
Top
Locked
10 posts • Page 1 of 1